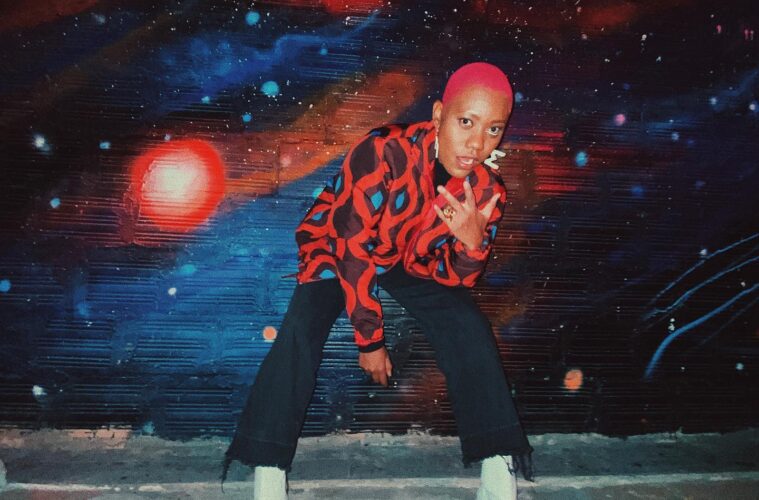 Known as “The Land of a Thousand Rhythms” Colombia’s musical diversity is as rich and profound as the landscape it encompasses, drawing on each regions’ distinct sounds and styles that span the full rhythmic spectrum from traditional to contemporary. It therefore comes as no surprise that many modern Colombian musicians feel compelled to perpetuate the rich sonic traditions of their native country – and holy moly are they doing a fantastic job.

Thanks to clever edits and experimentation, a musical renaissance has been blooming over the past decade with groups such as Bomba Estéreo, Systema Solar and ChocQuibTown all achieving international notoriety with their unique takes on Colombian music. The result has been a seemingly endless flow of highly catchy, vibey and innovative music from up-and-coming and established musicians alike. Further shaping Colombia’s agile musical landscape in front of an international audience – with five of our favorite Colombian movers and shakers below.

Earning a reputation for being the life of the party, Papá Kumbé is known for their unique style of tropical-bass-meets-electronic-music that incorporates traditional Colombian sounds, with an aim of making the whole world dance to the music they make in Colombia. The musical collective consists of Latin Grammy Nominee Maki Váez, Mig Kumbé, and Johnny Crow.

Three Colombian musicians who bring their distinct musical flavors to the table ranging from hip-hop and dembow, to rock and electronica and mixing them with original electronic productions underscored by Latin America’s most famous common denominator – cumbia. “It’s the music that’s in the DNA and that generates a reaction in all people, that makes them explode when they listen to it. So, what we did was take those sounds and mix them with more modern rhythms to revive that music, because it’s still our Latin essence and it sounds very good on the outside.”

Born in Colombia and residing in Italy, Jhon William Castaño Montoya – aka Montoya – began his adventures in music as a classically trained violinist, gracing world-renowned theaters such as the Gran Teatro de La Habana in Havana, Cuba and the Musikverein in Vienna, Austria. With three solo albums under his belt and a musical style that is continuously evolving, one thing remains constant: his primary inspiration remains rooted in the rich musical diaspora of his native Colombia.

His latest album, Otún, is a stellar example – fusing his multi-layered classical education and his innate curiosity for Colombian rhythms with his affection for melodic electronica. His musical peers were so inspired by the album that almost all of the original songs have been remixed and released as a separate album, Otún (The Remixes).

Lights down and music up is the best way to experience this sultry multi-talented Colombiana singer, songwriter and rapper’s music. With a personality and aesthetic as bold as her music, Mabiland’s affection for neo-soul, hip-hop and R&B are front and center in her universe, with her powerful and genuine lyrics – tackling everything from machismo to racism to homophobia – making her one of the strongest voices within the Colombian hip-hop and neo-soul community.

Relatively new on the scene, Maliband’s debut album 1995 dropped in 2018, receiving critical acclaim and landing her a coveted spot on the cover of Rolling Stone magazine. A stellar string of singles has followed in its wake, including a collaboration with renowned Colombian MC, Crudo Means Raw on “La Mitad De La Mitad” and her latest track “No Fui Capaz”, a soulful hip-hop ballad that has us bumpin’ and grindin’ and eagerly awaiting to see what she comes up with next.

As soon as international tours are possible again, you bet that we’ll be on the dance floor for Colombian duo Mitú’s next live show. Awarded as Colombia’s Best Electronic Act, the juxtaposition of Julián Salazar’s electronic sounds and Franklin Tejedor’s organic drumming looks as good as it sounds, with their self-described “Techno From The Jungle” making for a mezmerising live show and sonic experience.

With Franklin hailing from the famous town of San Basilio de Palenque where he played drums with the town’s most iconic band – Las Alegres Ambulancias; and Julián playing lead guitar for one of Colombia’s most beloved bands, Bomba Estéreo, for 10 years; Mitú is a pure Colombian dream team bringing two completely distinct worlds together as one. “Mitú travels to the Palenque of the future — a walled refuge where, free of constraints, two artists create a new language to speak to each other and through it are able to express an astounding range of emotions.”

Bringing it back to nature is what MOÜGLI is all about, focusing their music on mixing natural soundscapes – water, leaves, birds, gusts of wind, you name it – with current electronic trends, reminding us that everything in life has a rhythm. Through their original musical style self-dubbed as “Jungle Beat”, Juan Pablo Delgado and Samuel Lizarralde seek to paint a picture of the diverse cultures and landscapes that comprise Colombian and Latin-American identity.

Their musical pursuits have turned many heads, including media heavyweight Vice, who eloquently describes their music as “Sweet and whispered voices that create a dreamy mixture to the rhythm of chillwave, downtempo and a meditative and captivating pop that invites you to float, to escape, to navigate rivers, to go far. Be lost.”