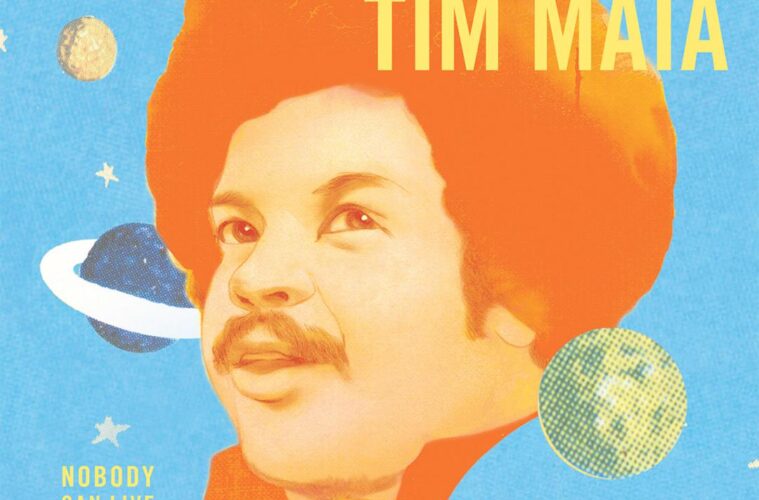 Since the early 90s, Luaka Bop has been busy exploring music from different parts of the world and tracking down lost artists. Brazil has undoubtedly been one of its focuses in the last 25 years. Join us on this sonic journey through time to understand why the work of David Byrne’s label has been essential in spreading Tropicalismo and other psychedelic experiences. Discover or rediscover the magic and legacy of Os Mutantes, Tom Zé, Tim Maia, The +2’s and Yonlu.

Os Mutantes spearheaded a true revolution in Brazilian pop culture: they were one of the founders of the Tropicalista movement in the late 1960s, and over the years they became a huge influence on the global music scene. Kurt Cobain expressly desired their reunion. Beck paid tribute to them in his song “Tropicália” (from the album Mutations). And they became a must-listen for the new psychedelic bands, from The Flaming Lips to Stereolab and Of Montreal.

Around 1968, Tom Zé was one of the young and promising artists who participated in the manifesto album of the Tropicalista movement (Tropicália ou Panis et Circensis). But the following decades took him away from the lights. While his peers from Bahia – Caetano Veloso, Gal Costa and Gilberto Gil – became more and more successful, Zé lost all notoriety and turned to experimental music. Until it was rediscovered by David Byrne in 1989 (the story goes that Tom was about to go to work at a cousin’s gas station when the ex Talking Heads called him).

Today he’s 84 years old and is a living legend of Brazilian popular music: almost thirty albums, tours all over the world and a magical ability to paint tunes in a constant playful state (he often uses bottles, saws, typewriters and vacuum cleaners, among other sonic oddities).

It is no exaggeration to say that Tim Maia was the father of Brazilian soul. His musical flight was pure combustion, although he didn’t quite fit into his native land: his lyrics surfed different waves to those of Tropicalismo, and his groove was closer to funk than bossa nova. He died at 55 and the myths surrounding his unpredictable life seems endless: a rollercoaster of success and excess, of lawsuits and incredible eccentricities (just check here The Existential Adventures of Tim Maia, an animated short narrated by Devendra Banhart, as a teaser of a Luaka Bop compilation).

In the mid-70s, Maia devoted himself to a religious cult and recorded two albums with almost no promotion (and in order to use its profits to build a hotel for aliens!). He would soon deny these records, but one of them was revalued as a truly masterpiece: Racional Vol. 1 (1975).

Can samba modernize and go psychedelic without losing a bit of groove? Of course, that is one of The +2’s wonderful achievements. This trio was born as a wild card band that works on a triangle project. They composed and recorded three albums, each led by one of its members: Moreno Veloso, Domenico Lancelotti and Alexandre Kassin. Music Typewriter (2001), Sincerely Hot (2003) and Futurismo (2007) are the result of three magical adventures, between charming melodies, vibrant rhythms and mind-blowing arrangements.

They currently work separated. Moreno returned with the album Coisa Boa in 2014 (before that he produced for his father Caetano Veloso, a true eminence of Brazilian popular music). Then, in 2018, Luaka Bop released The Good Is A Big God (by Domenico) and Relax (by Kassin).

Released in 2009 by Luaka Bop, A Society in Which No Tear is Shed is Inconceivably Mediocre should have been a postcard, but it became a testament of redemptive art. Yonlu’s story is terribly sad: his posthumous album compiles the music his father found after he committed suicide at age 16, in 2006. A treasure trove of home recordings, loaded with all the mystery and the purest love from a teenage soul. A collection of beautiful songs that today resonate in sheer transcendence, as a celebration of a life gifted with exceptional and precocious talent.

A nylon-string guitar shelters his tender and often layered voice. And his sound experiments even include hip-hop. A computer and a mic were enough for Yonlu to catch his own musical cosmos, a kind of lost dimension between indie pop and bossa nova, from Elliott Smith to Caetano Veloso.