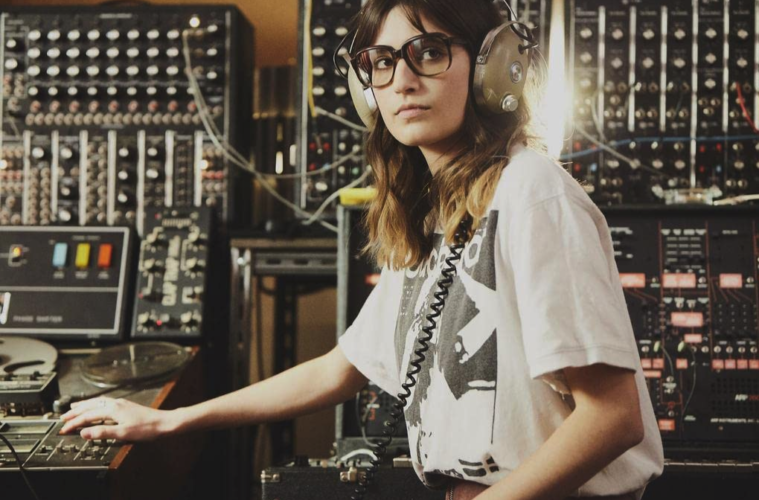 5 of Our Favorite International Movie Soundtracks

We all know the feeling. That moment when you’re watching a movie and suddenly a song comes on and fills you with the overwhelming urge to hit pause and figure out what’s playing. Maybe it perfectly complements the scene, maybe it brings back fond memories, maybe it transports you to another universe – whatever the reason may be, there’s little debate surrounding how powerful the right music choices in films can be.

While the music selections in many films pique the interest of mainstream music lovers, others take their soundtracks more seriously, recognizing them as ulterior opportunities to communicate deeper context and meaning. Something that’s especially true for international films. In addition to providing one of the most interactive ways to discover new music, the right songs can act as a cultural lubricant between the characters and the viewers, changing the entire experience. So, without further ado, get your Shazam ready and check out five of our favorite international movie soundtracks.

Created by acclaimed French musician, film score composer and record producer, Marc Collin’s cinematic debut Le Choc du Futur is an all-you-can-eat musical feast. Starring Alma Jodorowsky as a trailblazing electronic producer navigating the 1970s Parisian music scene, the film wastes no time introducing some of the most iconic musicians from the time. With the music itself playing a starring role, songs include pioneering producers Cerrone, Jean-Michel Jarre  and Suicide, and of course, some compositions by the réalisateur himself, such as the incredibly catchy theme song “Future Shock”. Killer soundtrack aside, the film explores a critical topic. “For women artists, nobody will say you should be a producer or a composer. It’s too easy for this industry to just say to women ‘okay, you look good, you’ll be a singer or a front stage person.’ So, in the movie the main character doesn’t want to be a singer. She doesn’t want to be a star. She just wants to do her music.”

Hip-hop, folk-rock, and electro-bass are just a few of the musical genres featured in Gully Boy – not exactly what you would expect from the typical Bollywood film. Inspired by a true story, the film is a coming-of-age drama that follows the complex lives of street rappers in Mumbai, utilizing a who’s-who of renowned Indian artists to help tell their stories. The 18-song soundtrack involved collaborations from over 50 Indian musicians and producers to achieve music supervisor Ankur Tewari’s goal of “bringing the two worlds of hip-hop and Bollywood together.” With 57 wins and 44 nominations worldwide – including best soundtrack – it’s safe to say that Gully Boy is more than just an incredible film. It has successfully made the concept of an on-screen musical cool again while highlighting the wide array of contemporary Indian music that most people never knew existed.

If there’s a quintessential ingredient in every great British gangster movie, it would be the soundtrack. Named after the social strata that exists in the criminal underworld, the music placements in Layer Cake follow suit, deviating from the obvious selections – i.e. some form of indie-grunge-punk-rock throughout, and instead opt for a mix of classics, ambient electronics, and super rare remixes. With each scene comes a distinct sonic experience, but the club scene in particular deserves a special shout-out. Using two back-to-back placements to underscore Daniel Craig and Sienna Miller’s electric first encounter – the first being a mash-up of Kylie Minogue’s “Can’t Get You Out of My Head” and New Order’s “Blue Monday” and the second being a rare Frankie Knuckles remix of “You Got The Love” by the Source & Candi Station, viewers get an intoxicating example of just how powerful the right music in the right scene can be.

With Nigerian media mogul Mo Abudu’s latest film, Òlòtūré, one can understand why Forbes has named her one of Africa’s most successful women. No amateur to film and TV production, Abudu’s films have a way of getting straight to the heart of the most compelling issues facing the continent today, all accentuated by stellar music placements to match. Òlòtūré is no exception, telling the harrowing true story of Tobore Ovuorie, a young undercover Nigerian journalist trying to expose the world of human sex trafficking, while being underscored by some of Nigeria’s finest musical exports. With music used in almost every scene, the soundscape juxtaposes Nigerian highlife legends Celestine Ukwu, Chief Stephen Osita Osadebe, and Dr Victor Olaiya with two of Nigeria’s rising Afropop stars Falz and Partyboycc, giving viewers a glimpse into the history of Nigerian music along the way.

Ever since his first film, Canada’s beloved filmmaker Xavier Dolan has leaned heavily on music to enhance his storytelling, with Mommy being one of the best examples. Earning Dolan his first award at Cannes Film Festival, the film follows a widowed single mom struggling to parent her troubled son while incorporating the filmmaker’s signature soundtrack style – a highly personal mixtape bursting with emotions. A true trip down memory lane, Dolan’s musical selections are nostalgic to say the least, with everything from 90s and 00s classics from Oasis, Counting Crows, Celine Dion, Dido, and Eiffel 65, to modern tracks from Beck and Lana Del Rey to classical masterpieces from Antonio Vivaldi, Franz Schubert and Ludovico Einaudi. But perhaps one of the most heart-felt and impressive music placements in the film is when the entirety of Oasis’ “Wonderwall” is used during an absolute tear-jerker of a montage, effectively erasing the line between the protagonists emotions and the viewers own.