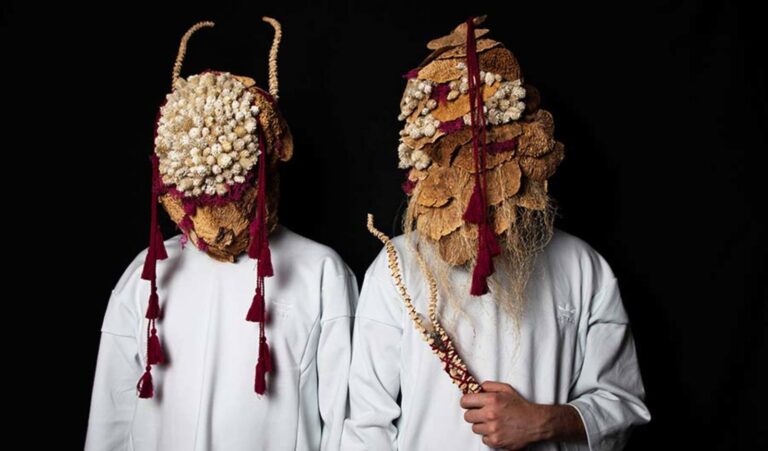 5 Peruvian Fusion Artists We Can’t Get Enough Of

Peru is a place of significant history, and it’s home to some of the most incredible landscapes, sounds, and cultures known to man. From a musical perspective, Peru houses Inca roots with Andean music, as well as Afro-Peruvian rhythms, which include popular percussion instruments such as the cajón and the quijada. There’s also the psychedelic party of Amazonian cumbia that teleports us directly to the jungle. Culturally speaking, Peru is a delight. Of course, this is what causes its gastronomy: a unique fusion of local flavors and oriental techniques that place it on the crest of haute cuisine. Here, however, we’re going to focus on the other fusions – those that are musical, contemporary, and mesmerizing to music lovers around the world.

This collection of Peruvian artists wouldn’t be the same without noting the advent of a band like Novalima. This 2000s collective of Lima musicians, based in different parts of the world, is the key to understanding the insertion of Afro-Peruvian rhythms in electronic music. Another key event that happened was that Amazonian cumbia and chicha of the 60s and 70s was revalidated by the most notable DJs, restoring compilations such as The Roots of Chicha, Psychedelic Cumbias from Peru, and Cumbias Chichadélicas: Peruvian Psychedelic Chicha.

Some of those Amazonian sounds, among other travel recordings, leaked into the self-titled EP by Sofia Kourtesis. The avant-garde house DJ was born in Peru and based in Berlin. There has also been an interesting mix of the old and the new in the hip hop realm, with artists daring to rap in Quechua (the language of the native people). Here’s a selection to expand your playlist of Peruvian tasting: Afrotronic beats, Amazonian shamanic dances, and Andean hip-hop.

The kings of tropical bass already have international recognition and several performances at large festivals. This duo, made up of Rafael Pereira and Felipe Salmón, stages a mind-blowing, manic, audiovisual experience. There, you can see strange and handmade masks, neon colors, geometric patterns, and scraps of ancient rituals. “We try to take the audience on a kind of space travel seasoned with ayahuasca,” says one of them.

“Dengue” – according to them – represents “the impulse that moves the party.” Their goal is to create a mesmerizing Amazonian cumbia celebration mixed with IDM, techno, and dubstep.

Who’s the DJ who made an entire stadium dance for the opening of the 2019 Pan American Games in Lima? Here’s a hint: She had a magnetic remix of the chicha classic “La Danza de Los Mirlos”. Her name is Ursula Talavera, but she’s better known by her alias: Shushupe. The name refers to one of the largest and most dangerous snakes that can be found in Peru. In fact, it’s the largest venomous viper in the world, after the king cobra.

In a passionate search to combine folkloric roots with electro beats, she effortlessly introduced the Amazonian spirit in songs like “Selva Negra”. Another song that speaks to her enormous amount of talent is “Vodoo Fever”, with its enigmatic dubstep patterns that wrap everything in a feverish and orgasmic atmosphere.

Producer, DJ, and sound engineer, Orieta Chrem began to attract attention back in 2004 when she became the first Peruvian artist to participate in the Red Bull Music Academy. Over the years, she’s gained an incredible amount of experience, making her one of the most recognized artists in the tropical bass scene.

Her catalog is wide and eclectic, but there’s something special about a song like “Tigres”. It could be the pulse and the bossa nova glows, or it could be the magic that stirs us in the voice of her guest, Naiara Eslava. It may also be the drums, reminding us of those ancient tribal sounds. We’ve concluded it’s a mix of everything.

Renata Flores is called the queen of Quechua rap or Andean trap. It may seem too early to give such a title to this 20-year-old singer – a native of south-central Peru in Huamanga. But the truth is that she’s already rightfully earned her title. At 14, she became a viral sensation when she uploaded a video singing a Quechua version of Michael Jackson’s “The Way You Make Me Feel”.

Other song covers followed, with lyrics translated into Quechua with the help of her grandmother. In 2018, she took a monumental step with her single “Tijeras”. Contemporary urban rhythms, such as trap, connect with Andean music arrangements allowing Renata to deliver even stronger messages about feminism, colonial invasion, and social injustice.

Everything changed for Ricardo Flores Carrasco – better known as Liberato Kani – when he had to move from Lima to the Andean region of Apurimac at nine years old after the death of his mother. There, he lived with his grandmother and learned to speak Quechua. At 21, while enrolled in university, he joined the rap collective Quinta Rima.

In 2016 at only 23 years old, Liberato released his debut solo album, Rimay Pueblo, where he merged traditional music with hip-hop beats. This year, he released his second album titled Pawaspay (“Taking Off” in Quechua). Already a true cultural activist of indigenous languages, Kani has taken his multiethnic hip-hop to the US, Spain, Chile, and Cuba.