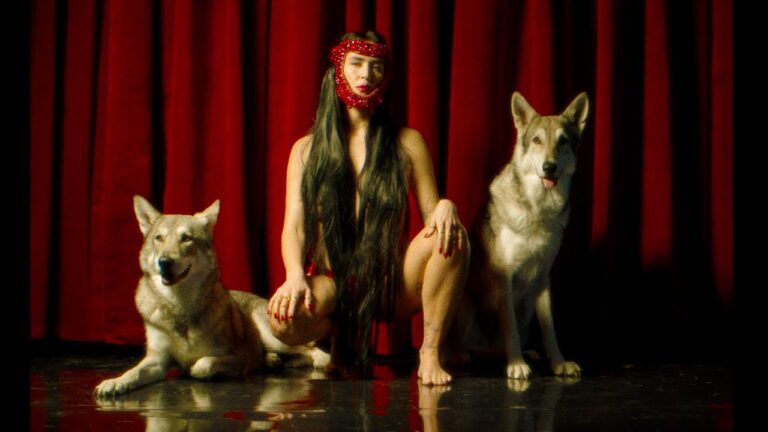 All the Buzz: The Art Directors Behind Some of your Favorite Musicians

Being a musician isn’t easy these days. On top of the obvious struggles that come hand-in-hand with a global pandemic that is now entering year two, all of the initial challenges are still present more than ever. You need to find your own unique sound, stay inspired – which is proving especially hard right now as some days it feels like the world is one coffee away from imploding – and perhaps most importantly, you need to figure out a way to get your music out into the world so people will actually hear it. To the latter point, some of the savviest musicians have long recognized the value in partnering with Art Directors to supervise and unify their artistic vision and bring it to the next level (*cough* Björk). So, here are five of the modern-day creative magicians spicing things up for your favorite musicians.

Leave it to the French to be leading the charge in anything art related. The creative studio Temple Caché (or Hidden Temple in English) led by Marion Castéra and Kelzang Ravach is disrupting the status quo with fresh storytelling and offbeat visuals in everything from music videos to commercials to short films (that have made it to Cannes Film Festival, btw). These creative masterminds have transported viewers into new worlds with each project – a book whose images come alive for Jorja Smith,  a video game adventure for La Fine Equipe & Gaël Faye, and one of our personal favorites – a visual interpretation of a Mexican folklore about rekindling the female spirit for La Chica.

Based in Buenos Aires, Agustín Puente combines striking cinematography, a contemporary aesthetic and mysterious storytelling with his delicate understanding for sound. Based on his past projects, it would appear that the Art Director especially enjoys collaborating with strong Latina female leads and helping them to convey their empowered visions. Through the music videos he has directed for Chita, Paloma Mami, Cami, and Nathy Peluso, Agustín showcases his capabilities as a master of lighting and shapes, playing with these aspects to create a deeper expression of each musician and their co-starring counterparts.

Ready to travel back in time to the age of underground jazz clubs and speakeasys? Well look no further than to Argentine Set Designer and Artistic Director Romina De La Paz Fernandez who has found a winning formula with her work on Argentine songstress Mel Muñiz’s music videos. Her first expedition into the world of music video art direction was on Mel’s song “Aguerrida” which is a beautiful exploration of Latin American folklore where the visuals are as captivating as the song itself. For Mel’s latest single “Constelación” Romina nails it again with her set design in the opening scene where she fulfills her dream of making “an iridescent island with aquatic flowers for a dreamy mermaid like Mel Muñiz”. The imagery in both music videos is so chic and complementary to the sonic soundscapes that one could even consider them short films in and of themselves, making us eager to see what Romina conceives next.

Most of you are probably familiar with Ecuador’s beloved producer Nicola Cruz and his signature Andes-Step musical style invoking the landscapes and rituals of his homeland, but his music has taken on a whole new meaning when paired with Artistic Director Miranda Izquierdo’s colorful and crafty visual aesthetics. The pair teamed up to create the music video for Nicola’s song “Aima” which in essence is a living breathing collage of colors, landscapes and cosmic imagery, as well as “Arka” which pays homage to the peoples of the Ecuadorian Amazon. In 2020 alone, Miranda has contributed his artistic direction to a number of diverse projects including critically acclaimed documentaries (such as the heart-wrenching account of Latin migrants in Destierros), an installation for Ecuadorian visual artist Irving Ramó and a beautiful candle-lit performance of Pre-Columbian music by Esteban Valdivia – all centered around illuminating the stories of his fellow Latin Americans.

Otherwise known as The Kongcept, this young French Réalisatrice is only getting started with her bold humor, rich palette and attraction to all things campy and fanciful. Alice has quickly become one of the go-to Art Directors for French musicians, having directed music videos for the likes of  Vendredi Sur Mer, Bon Entendeur, Teeers, Lewis OfMan, and most recently Darius & Wayne Snow. Her whimsical and playful expression with a retro touch captures viewers’ attention and dances a fine line between reality and imagination. Something especially impressive about Alice is her resourcefulness, as she credits the internet as being her main source of inspiration along with enabling her to execute her artistic vision independently, “To break through, you no longer need to be at Universal or to have someone pick you up in a bar to make you a star.”