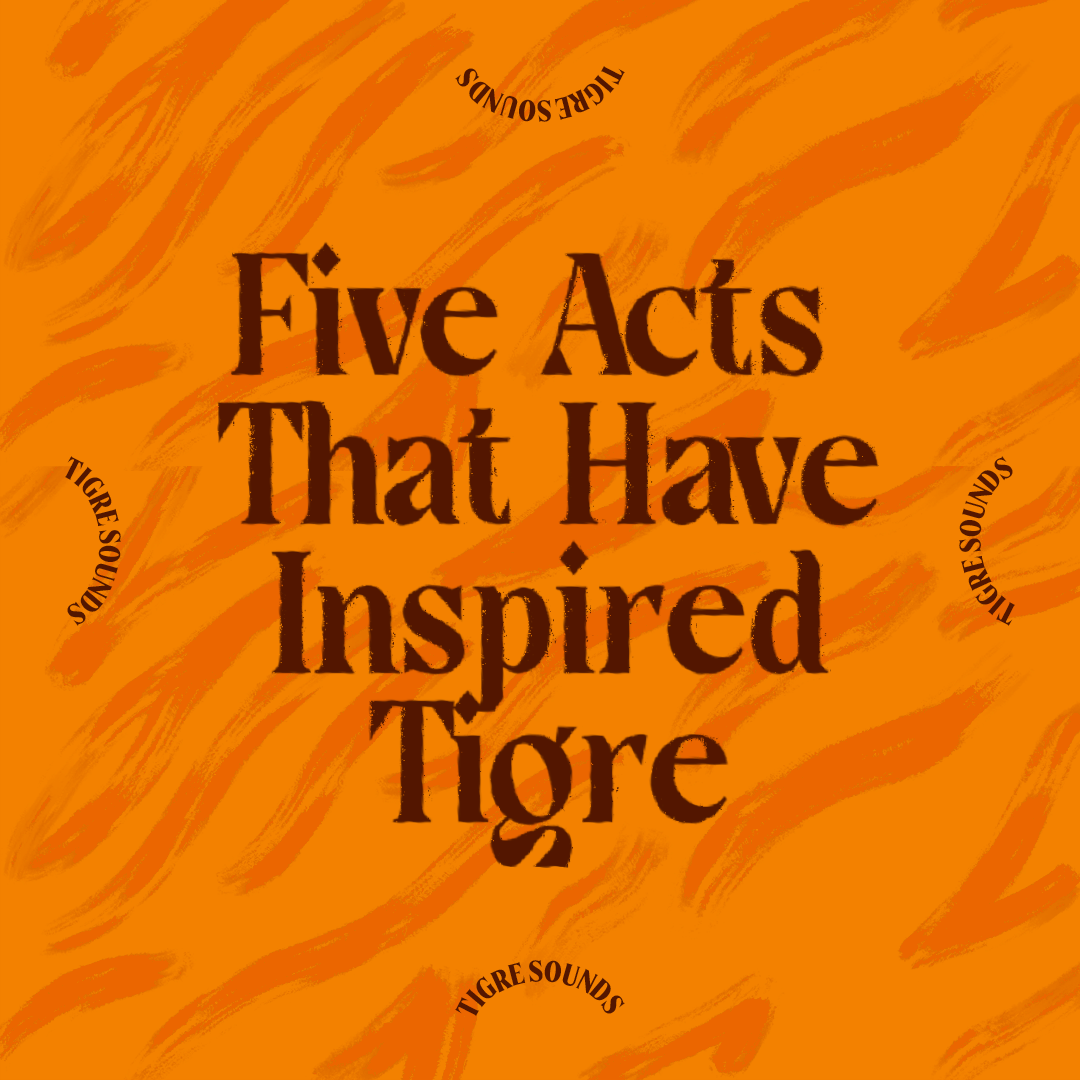 5 Acts That Have Inspired Tigre Sounds

Musical discovery is the name of the game at Tigre Sounds. We created this space for all you music lovers out there who aren’t intimated by a different language and are easily seduced by familiar sounds the world over. The fact of the matter is, if the rhythm and the production reel you in, it shouldn’t matter where the music is coming from. So, here are some artists we feel embody that universal, sonic spirit we thrive on:

Who doesn’t love a good loop artist? This one comes to us by way of the Congo. Kolinga breaks down the usual looping style and infuses it with powerful themes, dope collaborations, and multiple languages to make up a truly global sound. Get into the groove of their sound either by exploring their singular album, Earthquake, or just letting the music carry you away.

Every one of us is from multiple places at one time, whether through our blood or our adopted culture. Mayra Andrade does a great job of fusing her Cape Verdean roots with her current place in Lisbon. Though she’s known for her take on Morna music, she’s able to bring a viscerally current perspective to the traditional sound, reinventing it to make it entirely her own.

Aside from the fact that they’re the son and grandsons of the great Gilberto Gil (hence the name), they’ve given a bumping, modern twist to the easy listening sound their related legend pioneered. If you’re into the dreamy, sleepy, beachy sounds that can only come from a Brazilian love affair with a guitar and some rhythm, than this one’s for you.

We usually like to give each artist’s time in the spotlight, but this one’s a special case. These two wonderful artists are not only addicting and influential in their own musical right, but they’re also a couple and for the first time ever – Delavega has released a track entirely about his muse. Combining his passionate love for Doco and Delavega‘s purposeful sound has created a moment of magic.

This act is the biggest one on the list, but plenty of you might be discovering him for the first time. Though teetering on the edge of being more mainstream, his sound calls to might favorites like Jessie Reyez, Teo, Chet Faker, and even the sultry vocals of Khalid. His brand and aesthetic is so well thought out, that every release feels fully developed even for an emerging act. Keep your ears on this one as he releases a new album next week.