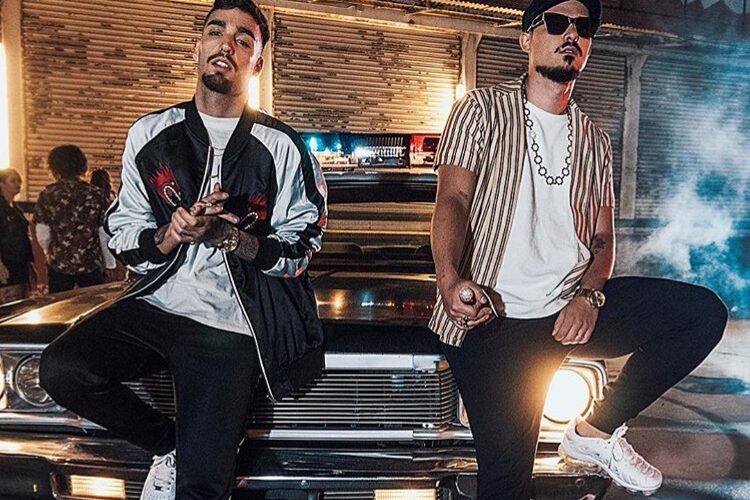 Discover R&B Andaluz & the Acts You Must Listen To

After the rise of artists like Rosalía, global music hasn’t been the same. Once again, we saw pop music reinventing itself, demonstrating the adaptive power that R&B and other contemporary urban rhythms have, especially when merging with traditional music such as flamenco. The shift in global music lead the music industry to shift their focus on what’s been shaking in Spain. Here, we’re highlighting some artists who aren’t necessarily new or emerging, but who definitely confirm that what’s happening in the Iberian lands is more than a simple trend.

Hnos Munoz is one of the most eclectic duos thriving from the new Spanish scene, with a musical menu that ranges from ambient pop to contemporary urban rhythms. Coming from the Costa del Sol in the region of Andalusia, hints of their southern seasonings cannot be missed.

Their first collection of songs, a self-titled and self-released record, came out in 2017. They then released a string of EPs: Jade, BIOS and Manantial. It’s a superior production that allows Hnos Munoz to grow in every way. That’s precisely what Nuevo Romance is as well, released last year. It’s the kind of album that summarizes what they’ve done and it shows us how they’ve improved it, allowing them to catapult their talent to larger audiences and stages.

It doesn’t take much digging in the new music scene to know that Rels B is one of the greatest additions to the new wave of Spanish hip hop. Born in Palma de Mallorca, the largest city of the Balearic Islands in Spain, Daniel Vidal left home to work as a waiter and bricklayer at the age of 16, which he openly tells us in his first song “Rock You”. In 2014, he made an impact with his EP Change or Die, and hasn’t stopped since. To date, he has released six studio albums, three EPs and many singles.

Rels B is known for his multiple talents, including singing, rapping, songwriting and producing. His various nicknames include Rels Beats, Flakk Daniel, Skinny Flakk, and his wide range of musical concerns include urban styles, hip hop, trap and reggaeton. In more recent years, he’s also turned to soul, funk, Latin rhythms and Spanish folklore. At 27, he’s also recognized for being one of the few local artists who managed to achieve success as an independent artist.

The Catalan singer, Queralt Lahoz, has enough experience to be considered an emerging artist. Her itinerary has crossed many musical stages, both as a soloist and as a member of the duo, De La Carmela. Just two years ago, she had her breaking moment when she released 1917. This five-song EP was, without a doubt, the best introduction for this talented singer. Her voice seduces and dazzles like that of a gypsy, as her inspiring flamenco, hip hop, and R&B influences come to light.

Born in Santa Coloma de Gramenet, in the province of Barcelona with deep-rooted Granada roots, Queralt once again caught our attention this year with the release of her debut album, Pureza. Featuring nine new songs, she delivers an even greater musical and aesthetic commitment. “I’d say that I’m a woman without labels. I mean, they can’t label me because I do a lot of things. There are sounds of flamenco, traditional music or Spanish folklore, Andalusian cadences, bolero, Latin sounds, R&B… Too many things! So if I have to define myself I’d say: without labels, with personality,” she stated in an interview for La Vanguardia.

Dellafuente grew up in Armilla, a city near the capital of Granada, in the Andalusian community. His real name is Pablo Enoc Bayo, though his friends call him “El Chino”. Music became a career for him after working numerous other jobs. His mother, of Brazilian origin, instilled in him that the middle class doesn’t exist. His story is that of a simple neighborhood boy, who ventured into the world of trap and urban music, achieving much more than he thought. Today, he’s a well-known name in the music scene, collaborating with artistic such as Mala Rodríguez, C. Tangana, Maka, and Rels B.

It’s clear that Dellafuente has strong home roots, telling El País, “I can spend a week there; have four interviews, a video clip, three meetings, a concert… But in Granada, I’m with my usual people. My life hasn’t changed in that sense, I live better, I don’t have the difficulties that I had before, but my circle has always been the same. And they won’t even get me dead from there.”

Delaossa has something special that’s not found everywhere. He has talent, charisma, and the ability to rap about things as they are. He’s also an artist with only one album, managing to make a statement at the forefront of urban music. That album is called Perro Andaluz, arriving to listeners in 2019. If the title sounds familiar to you, it’s because it’s the title of a famous movie by the filmmaker, Luis Buñuel. It’s no coincidence for Delaossa, who’s truly in love with Spanish art, as his lyrics clearly show it.

Born and raised in a seaside neighborhood in Malaga, Daniel Martínez de la Ossa naturally took a liking to music, and began improvising beats in his room. Now, with just one album, he’s gained the respect of the music scene, has hundreds of thousands of followers, and millions of plays on digital platforms. His powerful debut album gave him a reputation and a meteoric career, but like all great artists, he  has a desire to continually improve. Recently, he released a song that has already become an anthem, “La Placita”, and a mixtape called, La Tour Liffee.

At this point, it’s probably not necessary to introduce someone like C. Tangana. This rapper, singer and producer – born in Madrid with the name of Antón Álvarez Alfaro – has been around for fifteen years and already has eight record releases, including albums, mixtapes and EPs. His latest album, El Madrileño, released this year, is definitely a masterpiece and the seminal production of his career. Additionally, it’s a true commercial success, with 5 million plays on Spotify in less than 24 hours.

On this album, C. Tangana not only reaches his peak as a songwriter, but also opens an impressive range of collaborations and musical genres, from the bossa nova of “Comerte Entera” (featuring Brazilian guitarist Toquinho) to the flamenco pop of “Tú Me Dejaste de Querer” (with Niño de Elche y La Húngara). There’s a lot of rumba flamenca in “Los Tontos” (with Kiko Veneno) and “Ingobernable ”(with Gipsy Kings). There are also charming modern ballads like “Párteme la Cara” (with Ed Maverick) and “Nominao” (with Jorge Drexler). Last, but not least, we also find some rock in “Hong Kong” (with Andrés Calamaro), and the legend, Eliades Ochoa from Buena Vista Social Club singing in “Muriendo de Envidia”.