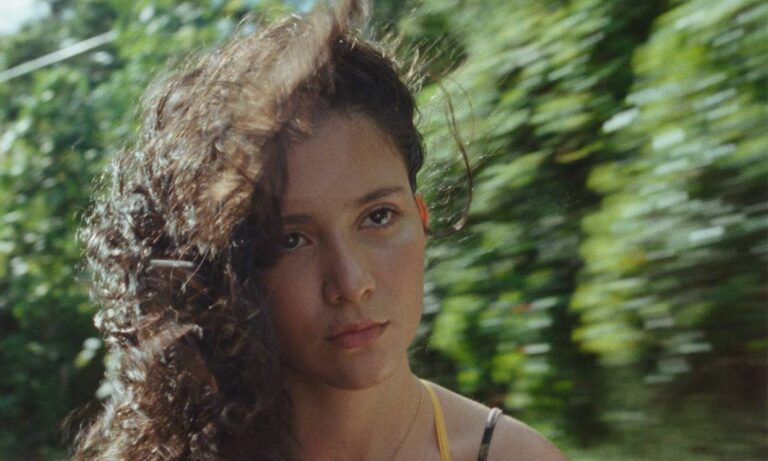 Cinema has long been revered for its magical ability to transport us into other universes, expand our perspectives and put our own realities on pause. Given the amount of time we have all spent at home over the past year (and counting), cinema has once again proved to be our light amidst the darkness, our return trip out of our living rooms and into other parts of the cosmos.

With more options being available than ever before to discover new films – including the fact that most film festivals have gone digital this year – what better time than now to roll up your sleeves, grab your figurative shovel, and start digging up some of the cinematic gems of our generation.

With Women’s History Month upon us, we’d like to take this opportunity to shine the spotlight on some of the leading ladies of Latin Cinema, whose personal and profound films will have you seeing the world with a fresh set of eyes.

Recognized as one of the leading filmmakers of her generation and one of the most important voices within the modern Argentinian film scene, Paula Hernández is a true cinematic force to be reckoned with. She has directed and written five feature films starting with her much-praised 2001 debut feature Herencia to her fourth feature Los Sonámbulos which premiered at the Toronto Film Festival and won the top prize for Best Film at the Havana Film Festival and…drum roll please… has been selected to represent Argentina at this year’s annual Academy Awards (aka The Oscars).

Paula’s most recent film Las Siamesas premiered and won at the Mar del Plata Film Festival last November and just had its international premiere at the Miami Film Festival. Paula’s signature style is creating a powerful intimacy between viewers and the characters, telling stories in which characters from different worlds are brought together, nurtured by her astute observations of human behavior.

With the films she has written and directed to date, Colombian writer, director and filmmaker Mariana Saffon has earned herself a reputation for the compelling and realistic storytelling her films portray. As well as the different perspective they bring to the world with respect to Colombian cinema. “Traditionally, Colombian films had just “the one topic”, which was narcos and guerrilla violence. It’s important to reflect upon those things, but at the same time, I think there is a variety of other concerns equally central to being Colombian that weren’t being put on screen.”

Through true to life storylines, Mariana’s films create fascinating contradictions between characters and the usual expectations of society within the intricacies of the Colombian context – while possessing a universally relatable quality – exploring complex topics such as family dynamics, illness and death. Her latest film Entre tú y Milagros won critical acclaim at multiple film festivals and was one of the few Latin American projects featured in the 2020 Venice International Film Festival, where it was awarded the Orizzonti Award for Best Short Film. She is currently writing her first feature film, La Botero, which will be shot in her hometown of Medellín, Colombia.

One of the most esteemed contemporary documentary filmmakers and directors in Latin America, Maite Alberdi has created a series of stunning films that paint intimate portraits of everyday people in small-scale worlds. Her filmmaking highlights different issues relating to disability and marginalization – especially among the elderly – often observing moments that are usually made private, while seeking to normalize these important experiences.

Some of her most widely acclaimed films include La Once, I’m Not From Here, The Grown-Ups and her latest film El Agente Topo which had its world premiere at the Sundance Film Festival and represents the first time Chile has selected a documentary-style film for its submission to the Academy Awards. Her highly personal and profound work caught the attention of the World Economic Forum’s Global Shaper Awards, which recognizes young people driving dialogue, action and change within the international community.

Coming in hot with her debut feature film Bridges making its world premiere at Miami Film Festival this month, Venezuelan-American writer and director Maria Corina Ramirez‘s highly anticipated film focuses on amplifying & humanizing the Latinx experience. With Maria describing it as “A film by a dreamer”, Bridges explores her family’s experience of immigrating to the United States after fleeing Venezuela through the eyes of protagonist Maria Cecilia – and the struggles of being forced to live a life in the shadows due to her undocumented status.

“It was a painful story, but I knew if I told it from my heart, it would be different. The story was so close to me that I wanted to take care of it and make sure it was authentic. Now, I have to be brave enough to tell that story. I have a responsibility…to all the other people who have similar stories.”

The award-winning Dominican director, producer and screenwriter Leticia Tonos Paniagua is the only filmmaker on this list to have had three of her films selected to represent her country at the Academy Awards and is considered by many to be the first Dominican woman to write, produce and direct a feature film. Leticia’s work is a faithful exploration of the Caribbean identity, past and present, with all four of the films she has directed – La Hija Natural, Cristo Rey, Juanita, and Mis 500 Locos – receiving critical acclaim and winning multiple awards at film festivals around the world.

In 2020 she was awarded the Medal of Cinematographic Merit by the Academy of Motion Picture Arts and Sciences becoming the first woman to receive this award, recognizing her achievements for taking Latino experiences and portraying them in ways that have a global impact.