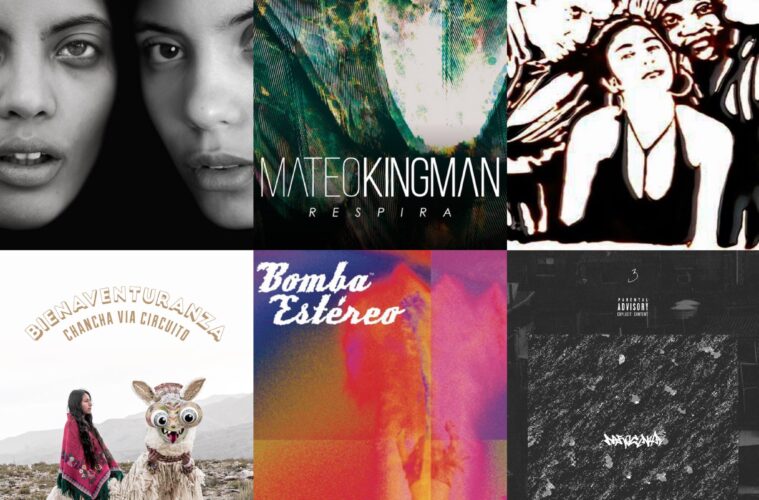 There are albums, and then there are albums that change your life. Albums that define a moment in time, that create movements, that inspire but most importantly, that pass the test of time. We’ve put together a list of 6 monumental albums that you shouldn’t go a day further without having in your life.

Though his booming baile funk mashups would give you the impression that he’s Brazilian, Sango is actually American, growing up in Seattle but spending many formative years, including college, in Michigan. His fascination with Brazil started with the video game Call of Duty which featured a level that took place in a Brazilian favela, or shanty town. From there he dove deep, eventually scouring Brazilian blogs and forums with the help of a Brazilian friend, looking for rare samples that eventually turned into his signature deep bass baile funk sound. Though these tracks were made before Sango even visited Brazil for the first time, the EP is named after Rio’s largest favela, Rocinha, the recognized birthplace of the genre Baile Funk. Though Da Rocinha 3 is only 5 tracks long, each one stands alone as an epic, booming representation of Sango’s hypnotizing sound.

Chances are you’ve already heard the summer classic anthem “Somos Dos”, but if you haven’t blasted this entire album from start to finish, you’re missing out. Amanecer is Bomba Estereo’s 4th album, and the one that truly launched their ‘electro tropical’ sound, so much so that Will Smith wanted to jump on their track ‘Fiesta’ and join the party.  From start to finish every single song on this album is a gem, painting mystical, tropical landscapes with tunes that literally transport you to the Caribbean coast. The best part? There are songs here for every mood – whether you’re trying to get the dance party started or doing some early morning yoga, Amanecer is going to make every situation better.

Back in 2014 we got the chance to catch Afro-French-Cuban twin sisters, Ibeyi, perform their first US show and it was a moment that will never leave our heads. It was at the classic NYC music venue, Joe’s Pub, the kind of establishment that is known for delivering high quality performances, even if they’re not yet widely known. When the two sisters walked on stage, humble and unassuming, one sat down at the piano and the other at the cajón, they brought the entire room to a standstill when they opened their mouths and the raw emotion that they put into their debut album came out. Released when they were just 20 years old, the twin’s venture into music was very much a result of the passing of their father, GRAMMY award winning Anga Díaz who was best known for playing with Cuban legends Irakere and Buena Vista Social Club. With songs in English, French, Spanish and Yoruba, Ibeyi is a spiritually powerful album that will move you.

For the last several years we’ve been drinking up all of the electronic cumbia + folktronica jams that have been coming out of Argentina + Ecuador, in large part thanks to indie label  ZZK Records. With artists like Nicola Cruz leading the way, a whole new generation of producers are emerging from South American, like Barrio Lindo, Uji, and El Búho, to name a few. Coming to us via AYA Records (an imprint of ZZK Records), we especially love Ecuadorian Mateo Kingman because even though he’s part of this folktronica world, he’s doing something totally different. As he said to Billboard, “I don’t do traditional Ecuadorian music. Instead, I use traditional music language without a definite place.” Respira is Mateo Kingman’s debut album and we applaud his original and innovative musical creations.  The album has both deep and contemplative tracks like “Lluvia’ and ‘Sendero del Monte’, but Mateo also flexes his skills with how he masterfully mixes traditional Andean sounds with hip hop and rock guitar on “Se Va” in a way that definitely sets him apart from the rest.

Emerging from the same scene as Mateo Kingman, Chancha Via Circuito is an all time favorite producer from Argentina. Chancha’s music is a mostly minimalistic take on the electro cumbia movement, and he creates epic musical journeys, calling upon folkloric chants and subtle electronic beats to guide us through the album. Bienaventuranza features collaborations with some of our favorite vocalists, like the hypnotizing Lido Pimiento on “Jardines” . The entire album is a vibe and merits a complete listen-through, though we’ll spare you the suspense and share our favorite track ‘Ilaló, featuring the one and only Mateo Kingman.

When three of the most famous and well respected Brazilian musicians come together to form a new group, the stakes are usually set pretty high. Arnaldo Antunes, Marisa Monte and Carlinhos Brown, all legends in their own right, brought the beautiful baby that is Tribalistas into the world, and we think it’s fair to say they delivered just as expected. It was the catchy pop song, “Ja Sei Namorar” that got the most attention, helped in part by a placement in the 2004 FIFA video game. Almost 20 years later and this album sounds just as good as it did back in 2002, with masterful compositions that really embody the alternative Brazilian sound. We swoon over the sounds of the cuica in Carnavália  that bring us deep into the most magical forests of Brazil and remind us why the merging of these 3 superstars is so enchanting.