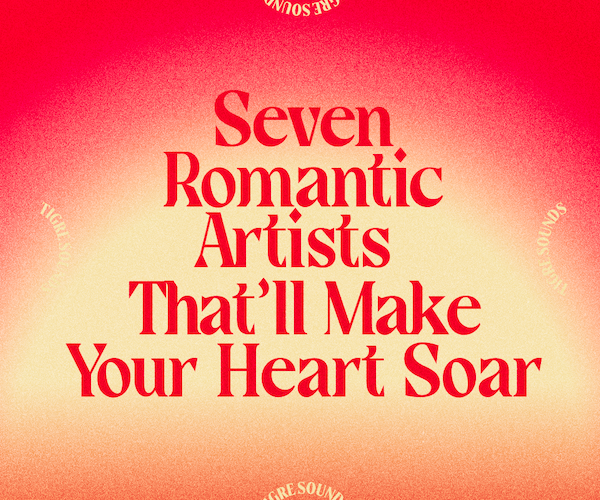 Love might be in the air this week with the upcoming special holiday, but for musicians and artists, love is always in the air. It’s what has inspired some of the greatest creative works of all time. And luckily for us, just like music, its language is universal. That means that there are plenty of romantic sounds that can get you in the mood the world over. Here are just a few:

Considered one of the most creative underground Flamenco artists, Juanito Makandé manages to take the singular Spanish sound to new heights by infusing it with funk and jazz along the way. If you’re looking for passion with a side of funk, this is where you should start the night.

To this day, no instrument is as powerful as the human voice. And this Brazilian trio forges theirs together to cast you under their melodic spell. Since harmonies take us back to the very roots of music, their loving lyrics take you even further to the very beginning of what love–and heartbreak–is all about.

Few artists encapsulate that love has no language like Bonga. This legendary folk and semba performer from Angola often weaves in and out of Portuguese and traditional Angolan verses usually paired with acoustic instruments and breezy melodies, that’ll transport you from the Mediterranean to the vibrant beaches of Brazil.

This French singer-songwriter might be on the younger end of this here romantic list, but he makes up his age with a distinctly profound soul that shows through his music. He has one of those voices and sounds that catches you by surprise and instantly makes you want to sit down and listen.

From the very beginning, Raquel Sofia has made a career based on the joys and agonies of love. Your powerful vocals and cutthroat lyrics were such a refreshing break from the classic Latin pop at the time of her entry on the scene, that she was immediately nominated for Best New Artist at the Latin GRAMMYs. While her sound has seen a few evolutions in recent years, her addiction to and understanding of love has remained the same.

Is acoustic bossa nova a thing? Because if it is, through in a classical guitar and this would be it. Pair the young Rita Payés’ jazz-styled phrasing and vocals with her own trombone playing, and the impeccable strumming of her own mother, Elisabeth Roma, on guitar and you will instantly to far-off places. The more romantic the better.

And for a shameless plug, we always want to bring it back to the very first Tigre Den Live Recordings we had under our belt. Gaiya (fka Nat’Lee) has one of those voices that calls to mind artists like Billie Holiday, Amy Winehouse and the like. It’s a chord that hits perfectly with the accompanying guitar, and what can be more romantic than a Flamenco-fueled cover of Natalia Lafourcade herself?