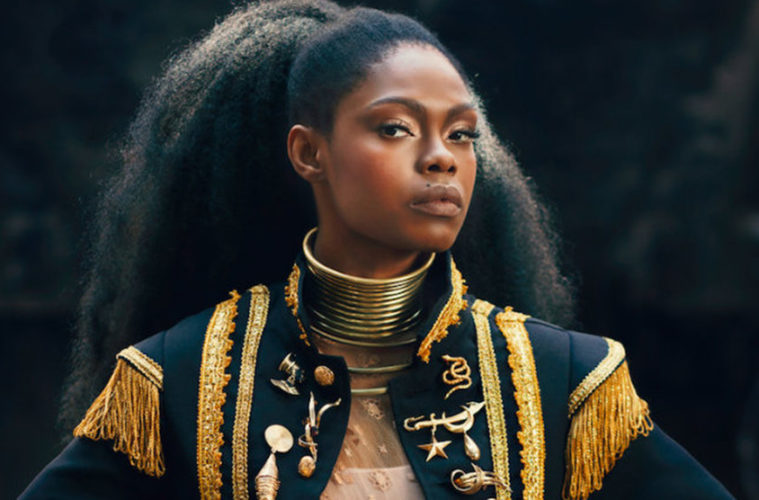 Though white musicians have long dominated mainstream music in Latin America, these emerging Black Latin artists celebrate their heritage with innovative, infectious music. Emerging as role models for millions of Afro-Latinos all over the world, these are the Afro-Latinx musicians you want to keep your eye on.

Rincon Sapiencia is kicking Brazil’s hip hop scene into high gear, with his latest track, “Ponta de Lanca,” becoming a viral sensation almost overnight. The rapper, who restores a sense of African pride in a cultural moment where Europeanization is once again taking hold, lays bare his commitment to Afro sounds with pulsing drum beats and Brazilian funk. Considering the popularity of the rapper against the actual acclaim of their lyrics, Rincon Sapiencia prefers to put the focus back on the music itself.

Brazilian singer-songwriter Luedji Luna draws upon her African roots to create her own Tropicalia-inspired rhythms. Her music also considers the vast and varied ways women in Brazil continue to be marginalized, with lyrics that suggest her feminist leanings. Adding R&B, jazz, and electronic beats to her Afro-Brazilian leanings, Luedji evokes the effervescent demeanor of Brazil’s people. In visual stylizations of her music, her love for her culture takes center stage: Colorful streetscapes, overflowing markets, and lush tropical environments set the tone for Luedji’s own sunny persona.

Ghetto Kumbe’s infectious beats transport listeners to a Colombian fever dream. Fusing electronica African house beats to folkloric flutes and Afro-Caribbean drum sets, the group is pioneering a totally unique sound for Latin American house music lovers. Members E Guajiro, El Chongo and Andres Mercado add an extra layer of excitement by performing in Afro-futurist neon tribal patterns and masks. While they work predominantly in Brooklyn, the group makes frequent appearances in venues along the Colombian coast. Once you turn on one of their tracks, you can’t help but feel the urge to move.

Novalima is a project initiated by four friends from a long distance, and their addictive Afro-Peruvian beats unite the traditional and the innovative. Their early days involved sharing beats over the internet, that were then mashed up to produce their first album out of separate countries. An instant hit with music world heavyweights like NPR, Billboard, and Remezcla, founders Ramon Perez-Prieto, Grimaldo Del Solar, Rafael Morales, and Carlos Li Carrillo are lauded for bridging a long divide between mainstream Peruvian music and the Afro-Peruvian community, who continue to face discrimination in the region. Futuristic and folkloric, Novalima has expanded to nearly eight member collaborators today, and includes singer Rosita Guzman, who makes a powerful contribution on tracks like Machete.

Cuba’s seminal afro-Cuban electronic ensemble Afrosideral is inspired by the legacy of the Yoruba religion in Cuba. Descending from African lore and taking root among Cuba’s mystic community, Yoruba continues to be practiced with vigor, and Afrosideral is the community’s soundtrack. With dance floor beats fused with chanting vocals and fast-paced percussion, half of their vocals are in Spanish while the other half are in the Yoruban language. Whether you want to slip into a meditative trance or dance the day away on the beach, Afrosideral’s enchanting rhythms are just the thing.

Bahian-born Zenia Franca hails from a town that’s produced many of Brazil’s musical legends, including Caetano Veloso and Gilberto Gil. The songstress takes that legacy seriously, producing music that honors the African diaspora in Brazil and blends its traditional percussion with electronica, jazz and R&B. Her smooth lyrical stylings are sensual and intimate, and the songwriter herself has become a symbol of female empowerment in her country.