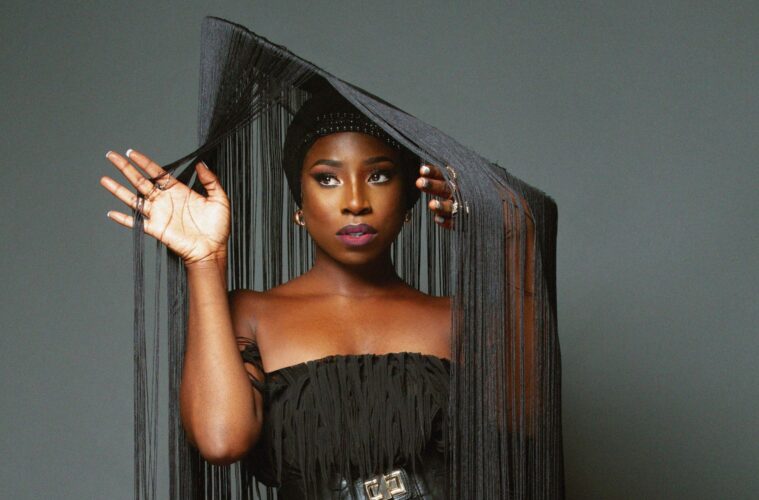 3 Haitian Artists to Keep On Your Radar

Haiti’s musical spectrum is too wide and colorful to limit ourselves to Wyclef Jean. There’s a vast range of influences coming from Africa and Europe, and from the endless Caribbean fusions. These seeds can be found in Creòle hip-hop, and going much further back, in the wildly popular compas, the basic rhythm of the méringue, and the rasin movement (Hatian roots music). Some of this surely passed through the homes of these talented female artists, whether in Boston, Montreal or Miami.

Long cascading hair, perfect two-tone braids, and movements oozing with sensuality, it’s practically impossible not to be spellbound by TeaMarrr. In fact, it’s easy to become a fan of hers. This rising pop singer made her debut in 2017, and just two years ago received a whirlwind of positive feedback for “Kinda Love” – a cheeky R&B-flavored song, with a video featuring actress and producer, Issa Rae.

Born in Boston as Thamar Noel, she currently resides in Los Angeles, where she moved to pursue her dream in the music industry. However, she defines herself as Haitian-American. Her song “One Job”, brings a strong feminist note. “There’s an element of female empowerment to my music, and ‘One Job’ kick starts everything,” she told The Root.

TeaMarrr’s also often seen in videos drinking tea, as symbolism for calming down. “I’m Just a Haitian girl trying to cry less and sing more, in this crazy world because music is healing. My art does just what a cup of tea can do for you. Whether it’s hot or cold, I want people to feel good,” she said.

Her melodies spread like honey. Her musical tracks cut deep, fueled by the beats of hip hop and dancehall. The feeling is that R&B is paired again with that Caribbean vibe that suits it so well – just dive into her latest single “Show Me Love” to bear witness to it.

With Mélissa Laveaux, there are wonders everywhere, from her soulful singing to her prowess on the guitar. Mélissa brings together elements of folk, blues, and all music with roots. She also adds her signature percussive finger-style guitar stylings and raspy vocals. This magic had already come to light in some of her first demos, and can be pleasantly enjoyed on her three albums released to date: Camphor & Copper (2009), Dying Is a Wild Night (2013) and Radyo Siwel (2018).

Mélissa Michelle Marjolec Laveaux is an independent Canadian singer-songwriter of Haitian descent. She’s currently based in Paris. Of course, that Caribbean heritage also marked her musical training, especially in the rhythmic treatment of her songs. It’s undoubtedly a very special seasoning that makes even the covers that she creates unique (there are recorded versions of her of Elliott Smith’s “Needle in the Hay” and Beyoncé’s “Crazy in Love”).

The promising Naïka may sound unfamiliar to many, but she already sang a few lines in our very own, Tigre Studios. Her single “Sauce” was reason enough to start talking about her earlier this year (coincidentally, a well-known mobile phone brand catapulted that song by using it in a commercial). Collectively, this was a gateway for the second half of her EP, titled Lost in Paradïse, Pt. 2, which was released at the end of June.

Naïka Richard was born 23 years ago in Miami, Florida, but her ethnic roots are Haitian and French. She grew up in various faraway places, from the islands of Guadeloupe and Vanuatu to Kenya and South Africa, even passing through Paris and finally, Miami. She also spent a period in Boston, where she studied at the Berklee College of Music. These mixed and multiracial cultures that she experienced firsthand during her times in the Caribbean, Africa, and Europe have become a major influence during her musical training in the United States.