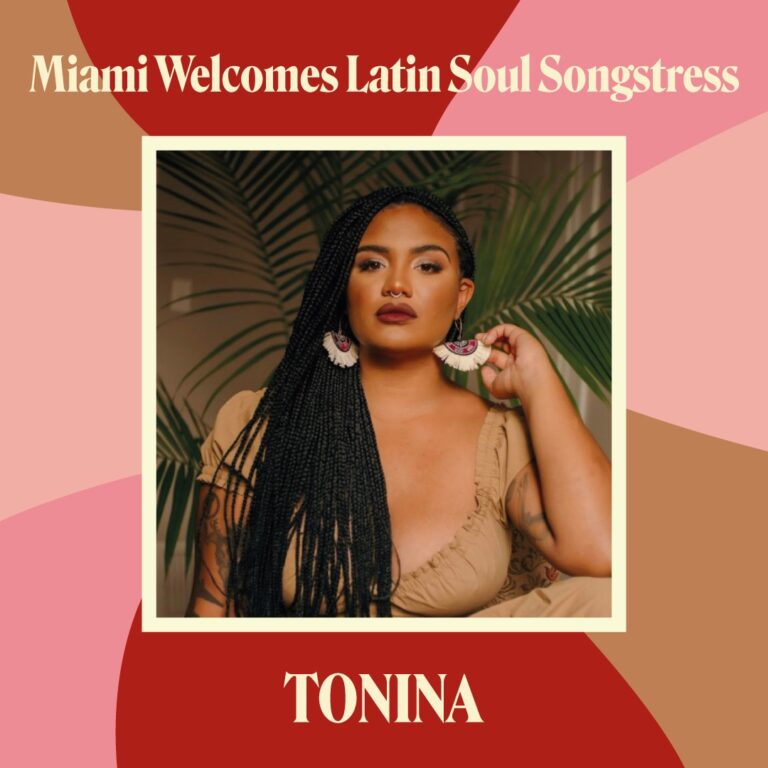 What happens when you mix the sultry and sensual with velvety vocal chords? Our answer: Tonina. Speaking multiple languages, including Spanish, English, and Italian, her music takes on numerous forms. Tonina’s official title, like her multiple languages, can’t be classified in a single category. She’s a multi-talented singer/songwriter, bassist, and music journalist, with early exposure from a music-oriented, Black and Sicilian background, to styles such as funk, jazz, soul, and classical music. When we take all of these various factors into account, we understand what’s given this artist her unique sound and presence.

Tonina considers herself a folk musician, saying “I truly believe folk music is the heart of people, the music of the people.” She also taught herself Spanish to bring herself closer to her icon, Selena, as well as to make her music more accessible for everyone. Her family’s roots, however, are jazz-infused. She was named after her uncle, Tony Saputo, a St. Louis musician who was a part of Reba McEntire’s band – part of the same band that perished in a 1991 plane crash. “I really do think of my purpose as in being able to carry on a legacy of my uncle and what he would do if he was able to play music in the physical world. That’s a lot of inspiration for me.”

Tonina’s musical background has also been shaped by her two degrees from Berklee College of Music, and her real-world experience. Her list of accomplishments is already quite significant, from opening for a Grammy-Award winning artist, Lalah Hathaway, to performing at the Catania Jazz Festival in Sicily. In 2018, she was named one of NPR’s favorite new artists, as well as one of NPR’s top 10 artists during that year. To put the icing on the cake, Tonina did a rendition of “Historia de un Amor,” which ended up being listed on Barack Obama’s top songs of 2018. Currently, she has one album titled Black Angels, which she co-produced with Grammy Award Winner, Javier Limon, and another on the way with music written while she was living in Boston. Tonina told NPR that her music is more of a reflection of the characters in her books than it is about her own personal world. She gives these characters a life outside of the confines of pages.

Next Friday, February 11th at 8pm, Doral Yard has the pleasure of hosting this musical songstress, where we’ll be able to witness her in full expression in person. If you’re excited to see her live, don’t forget to save the date on your calendar! Tonina already has a a road paved for herself, and we can’t wait to see what else this soul-moving musician will create.