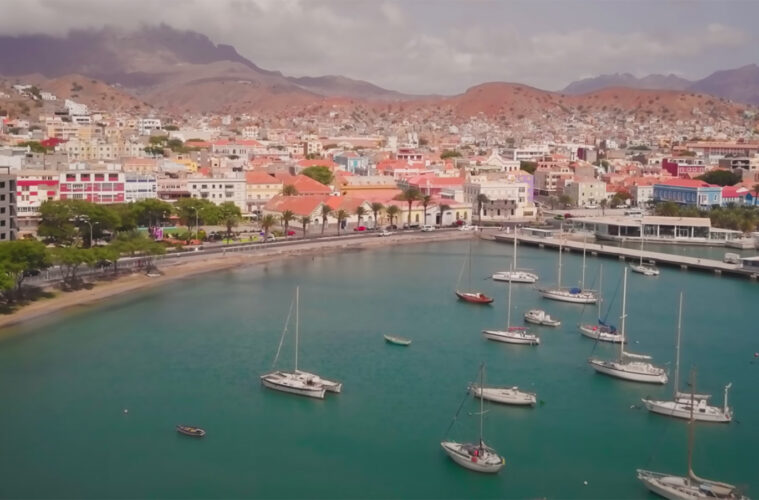 Cape Verdean Artists You Need On Your Radar

Cape Verde is one of the countries with the most talented artists per capita. A classic, with honorable mentions going first, is ‘barefoot diva’ or ‘queen of Morna’ otherwise known as Cesária Évora. Morna is music embodying departure, distance, nostalgia and a love for the land and sea. It’s much like Argentina’s tango or blues. A large majority of Cape Verdeans live outside of the African Archipelago, with new global crioulo voices transcending nostalgia and luring people in.

Marlene Fernanda Cardoso Tavares, otherwise known as NENNY , is a 19-year old Cape Verdean – Portuguese singer with a rare hip hop, tuga, RnB soul fusion. She grew up in the Lisbon suburb of Vialonga listening to the funaná and kizomba her parents played. In 2020 she launched her EP ‘Aura’. This past year alone, she joined the COLORS set twice to perform her hit singles ‘Tequila’ and ‘Waves’. Aura consists of nine tracks and features rap, RnB, and dancehall. Nenny rejects just being a rapper.

Her track ‘Bússola’ is a cheerful dancehall tune, meant for anyone who doubts themselves and could use a little boost. It’s also about trying to find her way: “I’ll get lost, then I’ll find myself. So fuck your compass, I’ll go when I feel like it, I’ll just follow my instinct.” NENNY describes herself as ‘the game’s youngest’. At just age 10, she composed her first song, which talked about racism. She continues to push forward with themes such as self-love, mental health and mother love. In 2021, NENNY was nominated for the Golden Globes Revelation Award. We can’t wait to see what the next years hold for her and what she’ll continue to gift us musically.

Júlio Lopes, or Julinho KSD, was born in Portugal to Cape Verdean parents. Like NENNY, his path has always been on the rise. His debut album ‘Sabi Na Sabura’ in Creole, means “being well in life”. It’s an expression that translates into a natural contentment when working to achieve a specific goal. This first album is intended to show the artist’s roots, with testaments to humble beginnings, immigrant parents, and success. The success we’re speaking of started with “Safari Feeling” released in 2019.

He is part of the Instinto26 collective, closely linked to the Sintra line. Following the success of ‘Safari Feeling’, ‘Vivi Good’ and ‘Hoji N’ka Ta Rola’ earned three platinum awards. ‘Hoji em Sa Tá Vivi’ won two and ‘Conclusion’, ‘Mama Ta Xinti’ and ‘Stunka’ received one each. Julinho KSD oozes authenticity and a ready state that is backed up by dedication and raw talent. It shows in his rhymes, his use of Creole, Portuguese and English, and the rhythms he chooses to sing.

June Freedom (real name Pedro Fontes Veiga Jr.) is a Cape Verdean-American artist who embraces both his African roots and American spirit. Something all of the artists featured have in common is a desire to be true to themselves and forge their own path. Honoring the diversity of Cape Verdean music styles, none of these artists adhere to a single label. June Freedom fuses afro-beat, pop, reggae, kizomba/zouk, hip-hop, afro soul and alternative RnB. The cultural visionary managed a Cape Verdean ghost kitchen in 2021 and collaborated with names like French Montana, Swae Lee, Nelson Freitas.

Last year he launched his romantic and sexy debut album ‘Anchor Baby’. This album bridges two worlds: the US, with styles more RnB, Hip Hop, Rock, funk, and his childhood in Cape Verde. With 11 tracks and two bonus tracks, ‘Anchor Baby’ is an ode to Creole women. “Each track serenades a Cape Verdean muse and her work”, explains the artist to Cape Verdean source Balai. June Freedom reminds us of Mayra Andrade (who danced to ‘Preta’ on her stories). The album’s track ‘Good Lovin’’ is a mesmerizing vibe in itself and features Moroccan artist, Rhita Nattah. Rhita was named EQUAL Africa’s artist of the month in 2021, making her the first Moroccan artist to earn the title. A special shout-out to her new track ‘The Calling’.

Nali Fernandes is a Swiss-born multidisciplinary artist based in London. Nali self-directed the visuals to her debut single ‘B&W’. She shared with GUAP her inspiration came from the 1974 painting What’s Going On by painter and photographer, Barkley L. Hendricks. The painting illuminates a crisis of blackness within (self)representation. Hendricks painted What’s Going On three years after the same Marvin Gaye record was released. Marvin Gaye’s album “became the “quintessential black protest recording” even as the black protest genre was being successfully commodified”.

In the style of Hendrick’s painting, Nali explores intimate questions of identity and community through her music and photography. The lyrics about getting beneath the skin and the surface invite the listener in for a deeper understanding beyond biases. With B&W, Nali gives us a rich and sultry mix of jazz, soul, and punk. It’s familiar yet defies genres: Major future nostalgia.