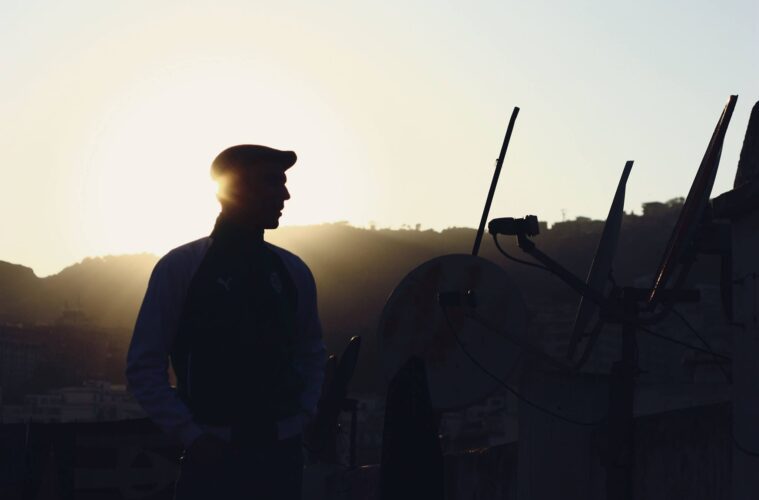 Our Favorite Reggae From Around the World

It’s not easy to define the geographical expansion of a musical genre as contagious as reggae. We know it originated in Jamaica, of course, but what about its influence from Europe to the Middle East, from Latin America to Africa? We take a look to track down what has recently blossomed from the laid-back beats and cool vibes of reggae and its roots. Discover a world where dancehall and dub can naturally meet Andalusian flamenco, Cuban son, Algerian folklore, or Afropop.

This is enough to get excited from the start. “El Amor” is just one of the songs on Wlidi, the album Youss released at the end of 2019. But its content goes much further: its rhythmic vibe is infectious, and its musical flourishes include accordion, trumpet, subtle percussion, and the typical Algerian mandole. Nothing is left over. Youss knows it and feels it: his vocal melody reinforces the emotion and completes the magnetic field.

Youss, whose real name is Youcef Seddas, is considered the ambassador of Algerian reggae and hip hop. A prolific singer-songwriter, a man of the people and a passionate activist, he began his solo career after a brilliant step leading the rap group Intik, which made him a reference in France. Youss crafted his music from the roots of reggae, combining tricks from ragga dancehall and chaabi (traditional music of Algiers), to create amazing alchemies that enhance his poetic texts.

A catchy dub with a feminist spirit resounds under the sun of Valencia, Spain. Dub Libitum takes up and deconstructs an old rumba to come out with a sharp and witty version. “La amapola” intends to redeem a bit of patriarchal history, as a message of change for the new generations. “Anyone who has listened to the Valencian falleros songs knows that most of their lyrics are quite disrespectful to the feminine gender,” they explain.

A saxophone introduces the classic melody. “Ole, ole, ole!”: a cheer in the background anticipates a speech for Women’s Day to the beat of a sticky and deep rhythm. The simplicity of dub expands in “Amapola”, under the sound production of Alfonsound, so the voices of Natty Niśka and LïlMär can combine melody and poetic justice. This trio describes itself as an emerging family group, a new generation of sound, freedom and diversity that seeks to heal through music. This song is definitely a finished sample of this.

French reggae seems to revitalize every time Yaniss Odua shows up with new material. “Enfants Du Monde”, in which he’s joined by the Parisian band Danakil, is plenty of good vibes. A rocksteady rhythm is shaken, with a very energetic pulse and a very bright chorus. The lyrics are a message of peace and unity; a hymn to redraw borders and for all of us to learn to live together. Yaniss clears the way of current issues by bringing the debate back to what really matters: “What world do we want to leave to our children?”

Born in Martinique, but settled in Paris for decades, Yaniss Odua has had a long and conscientious career, with few but valuable albums. He also knew how to multiply his collaborations and create his own record label (Legalize Hits). “Enfants Du Monde” is a new single from his upcoming album Stay High, scheduled to be released on May 13 this year.

“Greedy Man” restores one of the pillars that Bob Marley clung to when he introduced reggae to the scene: making protest songs. And it’s clear that, in these convulsive and confusing times, we need music that encourages us, mobilizes us to be more supportive, and rejective of any injustice. We welcome this Stonebwoy song against the evils of the world: illegal mining, deforestation, people suffering, innocent lives lost, abandonment to the less privileged. “Think about the future children,” he sings in each verse.

Stonebwoy, whose real name is Livingstone Etse Satekla, is a Ghanaian artist born in Ashaiman, in the Greater Accra region. He’s considered a specialist in ragga (including Jamaican patois), but that doesn’t limit him when it comes to displaying his range of styles, from reggae to Afropop. “Greedy Man” is his latest release, as part of a discography that began in 2012 and includes four albums and countless singles.

Kinky Bwoy continues to perfect his reggae and flamenco formula. Originally from a gypsy family, he knows well what it is to unleash sorrows in a tune. “Luna” is a rumba dressed as a dub, with a deep groove and a stripped back track where every sound stands out on its own. Brass arrangements come in and out, with more or less echo. But there’s also room for intervals without machinery, of pure flamenco outburst, with clapping and Spanish guitar, where the singing takes more flight and the talent of Juanito Makandé shines brightly.

Last summer we had already been splashed by the waves of the Valencian artist, Vicente Xiner, better known by his stage name, Kinky Bwoy. At that time what was playing was “313”, one of the promo singles from his album Mestizo, perhaps the highest peak of his career (personal lyrics sustained by the cadence of the reggae, the ease of hip hop, and the punches of flamenco). “Luna” is a part of that journey.

Of course, we know this song: it’s one of the original wonders given to us by Cuban legend Compay Segundo at the head of Buena Vista Social Club. Here’s a wonderful and commendable adaptation done by the Spanish duo, Iseo & Dodosound, backed up for the occasion by The Mousehunters. This version shows a similar approach with which the South American big band Dancing Mood used to recreate classic melodies from the Antilles. But that doesn’t stop it from sounding fresh and highlighting Iseo’s female vocal imprint.

Leire Villanueva is Iseo. Alberto Iriarte is Dodosound. Together they make up this duo, founded in 2014 in Navarra, in the north of the Iberian Peninsula. Their musical style focuses on dub and reggae, with trip-hop influences. They debuted with their self-produced album Cat Platoon in 2015, followed up in 2017 with Roots in the Air. Since then, they began to play with The Mousehunters to achieve mixed digital sounds and real instruments, taking their live shows to another dimension.