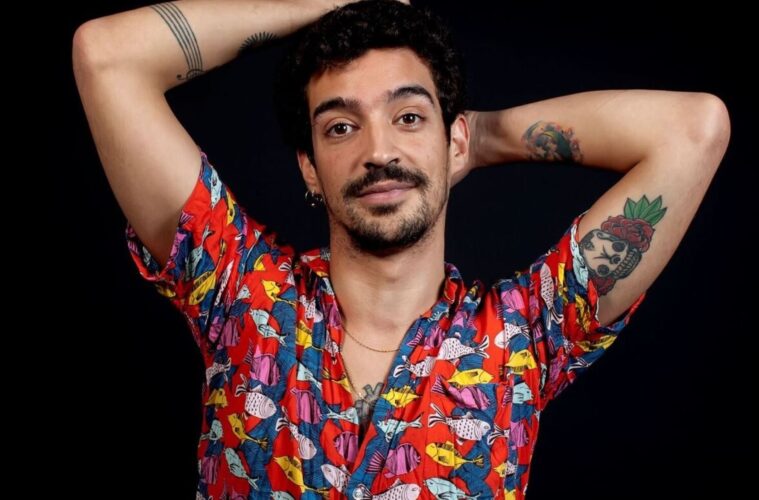 Muerdo has just returned to his Spanish corner of the Murcian orchard from where he left for Buenos Aires to record his fifth studio album just a few months ago. The highly-anticipated, La Sangre Del Mundo is a collaborated with musician and producer Diego Pérez (Tonolec, Ekeko Nation) and the Latin GRAMMY-winning engineer, Matías Cella (Drexler, Kevin Johansen).

Muerdo’s newest work is deep dive into South American cultures and sounds, a round trip route through mainly Mediterranean, Andean and tropical rhythms, in which Muró is the foundation for folklore and ethnic sounds. What’s new here is that Muerdo’s sound has been stripped of all prejudice, booming with an exploration with synthesizers, programming, sampling, loops and all kinds of electronic ornamentations never before heard so closely together in his music.

If you can’t wait until 2021 to listen to the whole album, Muerdo recently released the titular track, “La Sangre del Mundo”, a song of resilience and resistance in times full of adversity. On this track you’ll find sounds that evoke the ancestral, tribal songs of those who always inhabited the world connected to the earth, overcoming continuous wars and invasions. The personal plight of those who persevere in the face of threat. A ritual shedding of the guilt and fears that burn in the great bonfire that will be Muerdo’s latest album.

The video clip of the song was recorded in Argentina and Ecuador by the production company, FARDO Cinema. Designer Asis Romero created the single’s cover.