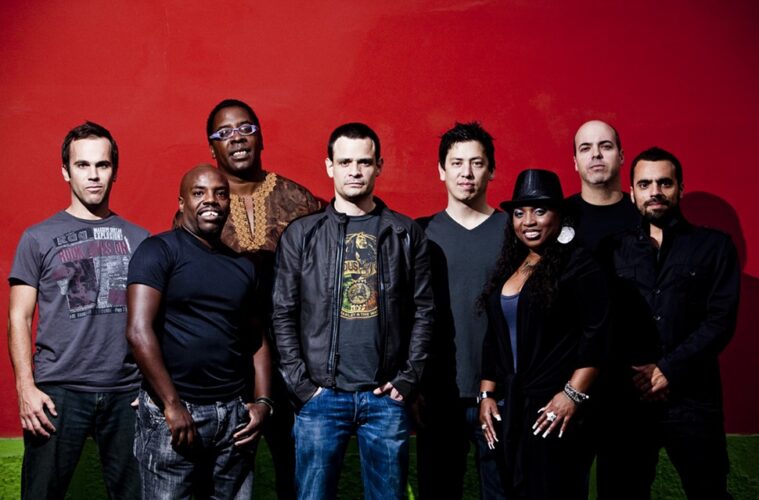 Novalima: A Journey into the Afro-Peruvian Soul

Although many of us are familiar with some Afro-Latino musical genres, such as those from Cuba and Brazil, Afro-Peruvian music has long been overlooked by international audiences. Perhaps the perfect example of a band that is giving a modern perspective on centuries-old musical traditions and putting Afro-Peruvian sounds on the map is the musical phenomenon, Novalima. With a goal of rediscovering and revitalizing Afro-Peruvian music as well as bringing the genre out of obscurity, the band teams up with some of Peru’s most famous and well-respected Afro musicians to redefine the genre.

Having formed almost 20 years ago by four high school friends – Ramon Perez-Prieto, Grimaldo Del Solar, Rafael Morales, and Carlos Li Carrillo – Novalima has since garnered international praise from mainstream and underground media alike. They have performed at some of the world’s biggest festivals, earned a Latin Grammy nomination for Best Alternative Album, and landed a feature in cult filmmaker Robert Rodriguez’s hit movie, Machete. By inviting some of their favorite Afro-Peruvian musicians to join the live band –  Juan Medrano Cotito, Mangüe Vasquez, Milagros Guerrero, Marcos Mosquera, Alfonso Montesinos and Constantino Alvarez – the group has created a movement that has revolutionized the music scene in Peru, helping to bridge the divide between the white Peruvian mainstream and the minority Afro-Peruvian community that has long faced discrimination and oppression.

Over the course of six superb original albums, Novalima’s music explores a number of complex social issues including the legacy of slavery and Spanish colonial rule in Peru through the use of traditional dance rhythms from West Africa paired with reggae, dub, salsa, hip-hop, afrobeat and Cuban son influences. Thanks to Afro-Peruvian musician Mangüe Vasquez, one traditional instrument in particular has become inextricable to the groups’ sound – the Cajón – a box-like hand drum that has been considered the heart of Afro-Peruvian music since the late 16th century. Through the addition of electronic beats and production techniques, Novalima has taken the soul of Afro-Peruvian musical traditions and given it a remarkable contemporary twist.

For a band whose live shows are as much a part of their artistic vision as their music itself, the onset of the pandemic forced the band to adapt by launching a series of live stream performances. Not only has the group been showcasing their own “Quarantine Live Sessions” through their instagram since March, they have also participated in a number of online festivals, most recently at Renace Fest, Peru’s first live online music festival showcasing performances in different atmospheres with cutting edge lighting, stage and sound technology to provide viewers with the best possible experience in lieu of being there in person.

Whether you tune into Novalima’s live streams or listen through one of their albums, brace yourself for the sonic adventure that awaits; one that will take you through multiple layers and many eras of Peruvian sounds, all the way to the present.