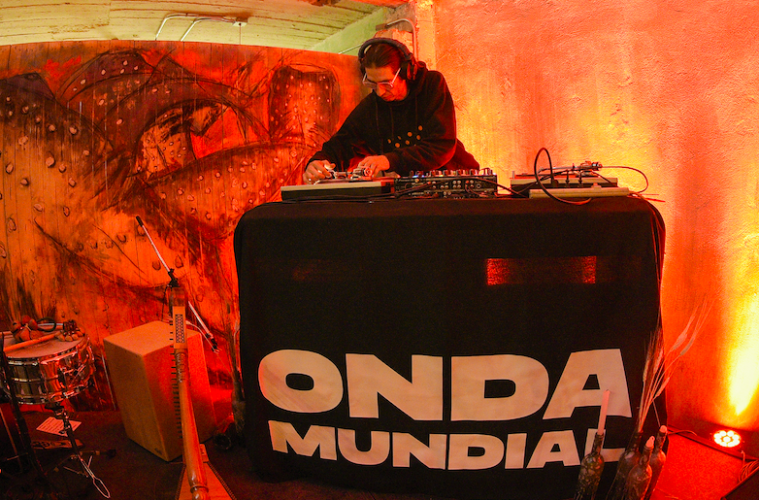 During the blog-era of the late 2000s, young people worldwide were incubating a new genre, “global bass”, from their bedrooms. In what were thought of as the most isolated parts of the world, digital-folk fusion was thriving through the cracks of the big music industry structure that the internet was deteriorating. Among the most visible global bass artists is Tamil pop-star, M.I.A., but the genre helped shuffle in a whole movement of independent artists as well. These artist- experimenters were influenced by the sounds of peers across the globe and hungry to make their mark on the world.

With the death of the blog era and rise of corporate streaming platforms, global bass isn’t as front-and-center in clubs as it was before. But the community seeking out these sounds still exists— and not just in the U.S. Onda Mundial is the Mexico City-based platform bringing together parts of this community by supporting the Latin American artists that defend global bass.

The platform itself is multi-dimensional, striving to be as IRL as it is digital. Onda Mundial boasts an online radio station, magazine, parties, residencies, a publishing house and a label, all based in Mexico City and expanding beyond. Visually, the parties seem to fit into a newer Mexico City subculture (one that seems reminiscent of gentrified Brooklyn). But sonically, the label is a growing archive of electro-experimental underground music— one that pulls directly from the rich cultural history of Mexico, Central and South America and the Caribbean. 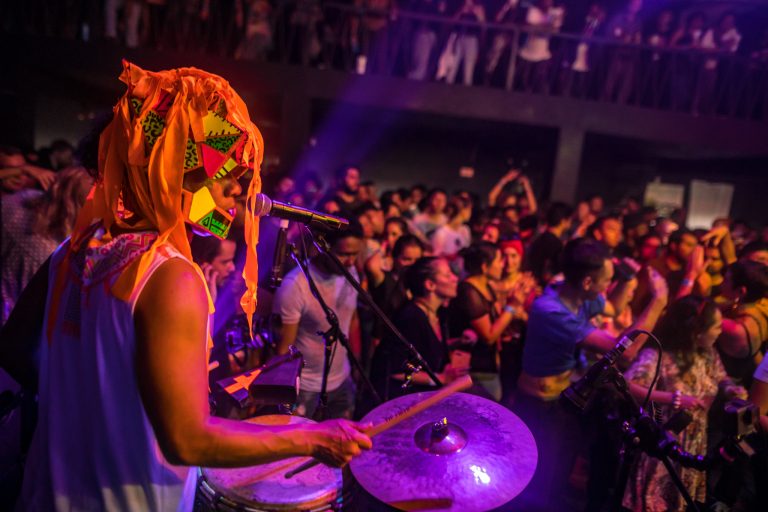 The label aspect of the project is slated to release four tracks per month, and since its launch, has showcased the wide variety that the platform affirms. “Con Ganas” is a layered afro-house track from “afrofuturismo Cubano”, DJ Jigüe, while “El Recluso” is half of a two-part release by electro-candobé group, F5 of Uruguay. Meanwhile, an ongoing radio project “Global Roots Radio” is proudly recorded in the Onda Mundial studio in Casa Mutek. It features “a weekly dose of experimental, underground music from across all corners of the globe.”

What’s most inspiring is that it’s all made digitally, and it’s music of Latin America, but not pop. This is refreshing in a world where “Latin music” is huge, but also grossly misrepresented as watered-down reggaeton made by the same six players. In Onda Mundial’s vision, Latin American music is not a novelty for boring cross-over remixes. Instead, stripped down R&B clashes with Baile Funk, analog Andean music turns lo-fi, and tropifunk is a thing. The underground sonic aesthetics of emerging artists are pushed out of obscurity and arranged alongside more established types like Rosa Pistola and Debit of NAAFI.

But it’s not just about the sound. Onda Mundial is more profoundly an answer to a question about the purpose of the music industry and the new ways artists can exist in a globalized world. Having launched in January, 2020, it’s unlike new labels or tech start-ups because it offers a full music-environment that centers around Latin American artists. This is, unfortunately, groundbreaking, because the artists of this region don’t have a centralized platform outside of the playlists curated by the music industry’s upper echelon.

Because the United States is the center of the music industry, in both content and infrastructure, artists of the global south (the countries many consider “underdeveloped”) are often left out. This means that even within genres meant to celebrate these regions, artists like J. Balvin and Rosalía reign high, while the less-known artists fight with each other for scraps of resources. At its best, Onda Mundial is an organized ecosystem for the artists and community who love this music to support each other. As it develops, it could potentially serve as a critical model for 21st century cultural organizing.

While digitally congregating some of Latin America’s finest is no small feat, what’s most impressive is the way Onda Mundial has been able to cultivate the live show. The most consistent part of the project is the residency in the Mexico City club, Galera— which serves as a space for Latin electronic music. 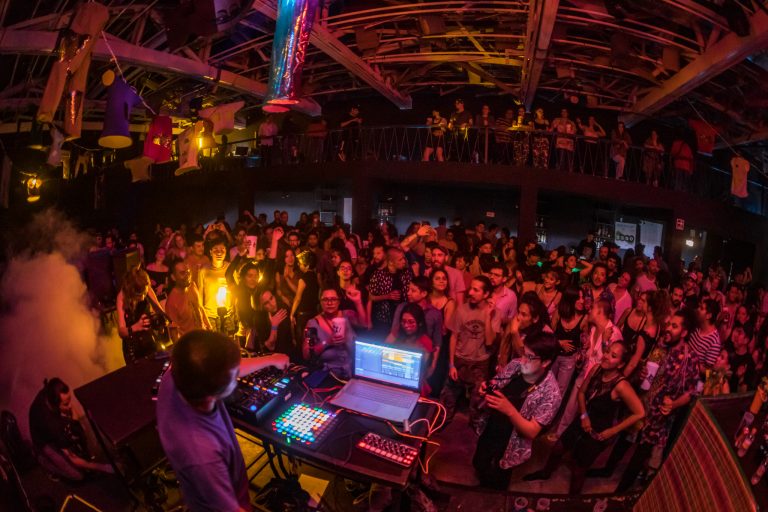 And recently, some of the platform’s roster, including Buenos Aires’ DJ, Barda, and Veracruz’s queer promoter and artist, DJ Guagüis, were part of a showcase at Bahidorá 2020. As one of the largest electronic festivals of Latin America (headlined by Erykah Badu, Sister Nancy and Goldlink), the fantastical “carnival” was probably the ideal place to introduce the “Onda Colectivo”. For those of us who missed out, the show was a ten-hour genre-bending take-over of cumbia, son jarocho, slow techno and beyond. The presence of Onda Mundial at the dance festival marks the arrival of a movement, that although was not born from the ground up, could signal a greater-industry shift to celebrate independent artists from Latin America.

Still in its early stages, the question of impact and sustainability will come up. The platform proposes ambitious goals and could easily struggle reaching the same visibility as traditional models that pump all their resources into one type of engagement. There’s also the fine line between incubating a community and selling a product. In 2009, Onda Mundial’s chief advisor,  Michael Rutger led an investment firm called Codigo Music, and bought Fania Records’ assets before re-working the music for a younger audience.

Perhaps more important to Onda Mundial’s long-term success is the engagement and commitment of the artists themselves. With enough organization, a communion could emerge. With creativity, this cultural hub could turn an online audience and world-wide tours into a greater movement for Latin American global bass.