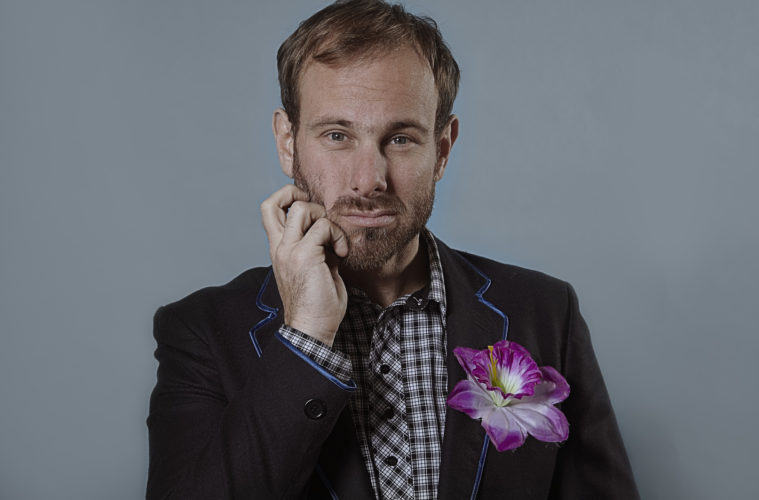 “It’s a sunny morning in L.A.,” says Grant C. Dull, the founder of ZZK Records, as he settles into a cream couch on a patio lined with astro-turf. It’s quite early for a bicoastal call, but Dull sounds like he’s settling easily into a So Cal routine after his recent relocation from Buenos Aires, where he lived for the better part of 20 years. He gushes about his new lifestyle, which includes a near-daily soak in the Pacific Ocean, located just nine blocks from his new spot. “It’s a nice respite from my daily work, but it also feeds my daily work,” he says. “The air, the water, the sun – it gives me perspective.”

His idyllic new surroundings are a stark departure from the gray-and-gritty backdrop of Buenos Aires, where ZZK Records flourished. Dull’s journey to founding the label was as chaotic as the cityscape from which it was birthed; on the heels of a catastrophic economic crash, Buenos Aires was slowly recovering, rising from the dead with a furious burst of nightlife. People were tired of the melancholy; they wanted to live, to move, with total and reckless abandon. From that energy, Dull’s legendary ZZK club parties were born; the musicians that thrummed the pulse of this urgency would become ZZK the label’s first and eponymous artists. Today, it’s behind some of the most exciting contemporary artists hailing from the global South, like Nicola Cruz, Mateo Kingman, and Son Rompe Pera. 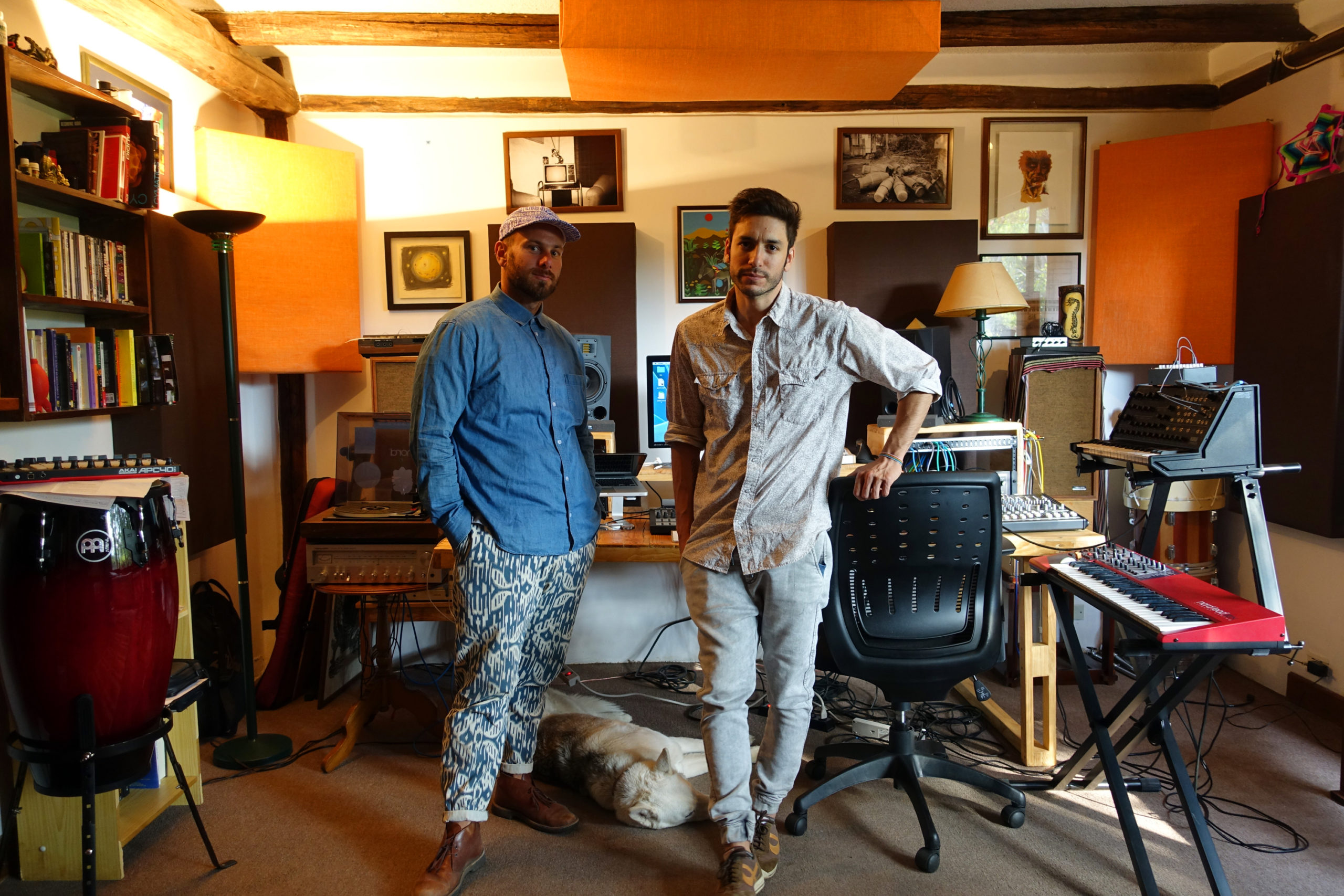 The story of ZZK, of course, is far less linear. With countless twists and turns and highs and lows, Dull reminisces on those early days as some of his fondest. “A lot of it was about discovering culture, people, language, food, and music,” he says, explaining that ZZK’s origin story really begins with his own trajectory as a lifelong globe trotter. Dull had left his native Texas hoping to discover the world – after long stays in Brazil, China, Spain, Africa, and New York, Dull made a semi-permanent home in Buenos Aires in the early 2000s.

“2003, 2004 was really when Buenos Aires was getting back on its feet and becoming a hotspot for international travelers because they were getting a world class city at a fraction of the price,” he says. Besides a couple of guidebooks, though, there wasn’t much information about how you could plug into the city. I saw an opportunity to provide a platform and resource for people like me.”

Dull founded “What’s Up Buenos Aires” soon after. A music, art, and nightlife website designed for an English-speaking audience, the website started posting a daily calendar in addition to profiles and critical reviews. “We hit the ground running and started meeting artists and creatives in nightclubs, and started reporting what was going on with them,” says Dull.

Eventually, WUBA launched its own club party. ZZK parties were sweaty and raucous, and picked up on the underlying pulse of a city eager to eclipse their economic misery. Bands like Frikstailers, Lagartijeando, and Tremor pumped dance floors full of energy, with a sound that sounded at once familiar and revolutionary. “The label came about from the energy of nightclub parties that were going on on a weekly basis,” says Dull. “First with DJs, then with festival programmers – everyone loved it and saw an opportunity to connect to these two worlds.”

The label took off in Argentina, signing many of the bands that were packing clubs on the regular in Buenos Aires. “The first seven to eight artists were straight out of ZZK Club – Chancha Via Circuito, Tremor, and Fauna began to blow up internationally,” says Dull. The early days of ZZK involved touring all over the world, a boon for a world traveler like Dull. “We were touring for six to seven years nonstop, even more than I did as a solo traveler, and with a vision and a purpose that included artists being a part of that journey,” he says.

ZZK only continued to flourish, expanding its roster of artists from Argentina to Bolivia, Colombia, Ecuador, Peru, and Mexico, and expanding their business model in the process. “Now we have partners that do the heavy lifting – artists have their own teams to tour, so we can focus on distribution, promotion, and storytelling which is what we do best,” says Dull. A new evolution of ZZK, ZZK Films, is a passion project recently launched to put a face to the sound and the culture of ZZK’s music. One upcoming release – about a 71-year old indigenous singer named Luzmila Carpio, is a production Dull is particularly excited about.

Between running his eponymous label, expanding into film, and basking in the splendor of the L.A. sun, Dull still finds time to find and nurture new creative talent. Here’s what he’s digging right now.

NM: How do you find talent?

GD: Every story is different. In the early days, the ZZK club was a stage for A&R to see how those artists’ sounds translated live onto a dance floor. Slowly but surely, the network and word of mouth started seeping into our day to day and we would get emails and calls about artists to check out. Now, it’s all across the board, but generally if someone tells me to listen, I’ll listen.

NM: What are some of the bands you’re listening to right now?

Weval is a band from Germany and I really like them. It’s kind of like what we do with electronic music in Latin America – it’s a forward thinking live outfit doing more European sounds, and it’s heady and moody and dark and uplifting and all those moods that people like in music.

I also like Combo Chimbita – just saw them in Mexico and L.A. last week, they’re a band out of New York with Colombian roots. Juana Molina is someone I always go back to. She’s an Argentine artist I’m a huge fan of, and she keeps producing really unique and honest music. She’s not worried about the industry and is just coming up with new amazing outlets for music.

Luiza Lian is another record I’m listening to, her first one and I just fell in love. I saw her perform in Brazil, she’s an artist out of Sao Paolo with a very particular sound, exploring Brazilian roots with modern formats. Her album blew me out of water and so did watching her live. Finally, I’m really digging Crudo Means Raw – he’s an experimental Reggaeton artist that I really like.

NM: What’s on your radar right now? Where did you come from, and where are you headed?

GD: I’m very close to starting my own monthly show here in L.A., been working on that since late last year. I’m still waiting on final word, but it’s going to be a live monthly featuring Latin underground music. It’s curated by ZZK, and it’s not just featuring our artists, but artists from all around the Americas. 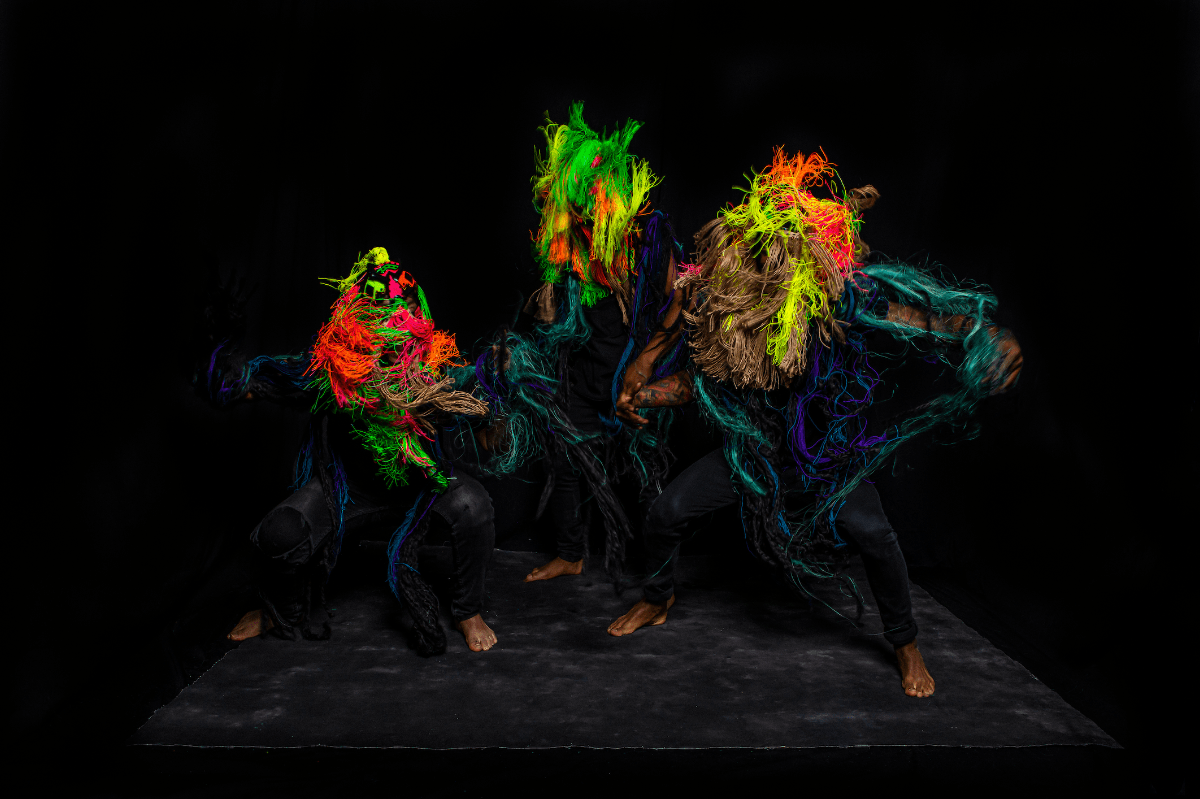 I just got back from Bahidorá, an amazing festival and this new band we just signed, Son Rompe Pera played twice on Saturday and killed it. It’s such a pleasure to be at a festival where everyone is there for the experience and the music, and the physical space it’s in is the cherry on top. Another new band we’re working with, Ghetto Kumbe, is this great Colombian outfit that’s very visually oriented both behind-the-scenes and onstage. They do this neon rave afro-Caribbean show that’s pretty amazing. Finally, there’s the documentary I’m working on and we’re planning to launch crowdfunding later this year.