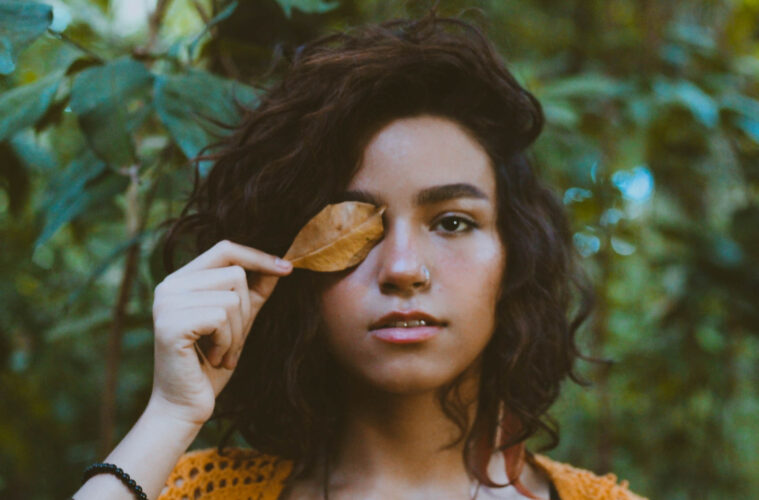 It was hard to pin down an interview with Mariana Froes – the budding songstress whose runaway success on YouTube recently landed her a deal with the Brazilian label Taqueta – not because the rising starlet is increasingly in-demand, which she is, but because she’s still in high school. At 17 years old, Froes’ insightful prose and soulful crooning paints a portrait of a woman far beyond her years, as she writes about love, sorrow, and chaos in ways that just about anyone might relate to. In her latest release, “Eu,” Froes – who also composes her own music – strums an acoustic guitar ballad against a song that talks about being alone but comfortable in your skin – a fitting anthem for the times.

“I like to write about what’s going on with the world and how I feel about it or what’s happening in my personal life, thinking through my perceptions and own feelings about various situations,” she tells me over Google Hangout.

Juggling a musical career while navigating being a teenager would be overwhelming for most, but Froes takes it in stride. Her passion for music began with Shakira and Katy Perry records but quickly blossomed into her own more sensual style. Froes bought her first keyboard when she was 11 years old, and began taking lessons at a nearby music school. A teacher who recognized her talent also taught her to play the guitar, which the left-handed Froes diligently rehearsed alongside mastering the keyboard and song. Constantly experimenting with different sounds and harmonies, Froes began to gain confidence and started uploading her resulting songs to YouTube.

“I started to think that maybe I really had a talent for this,” she says shyly, explaining how, much to her surprise, these videos seemed to take off with a life of their own.

Today, she’s amassed more than half a million subscribers on her YouTube channel, with a collective viewership of nearly 51 million views of her original songs. Her fans fuel her relentless creative pursuit, as Froes spends much of her time outside of school creating new music. Froes explains that she’ll usually compose a melody first before penning her lyrics, which she approaches with a razor-sharp perfectionism and critique of the world around her.

“I really try to think about what we as humans feel, and I think a lot of what teenagers are going through are relatable to us all,” she says. Her soft, sensual harmonies hang in the air like a daydream – one that grounds the artist’s oeuvre in the musical canon of her native Brazil. With dreams of an international music career, we’re banking that Froes’ effervescence and talent makes her one to watch.