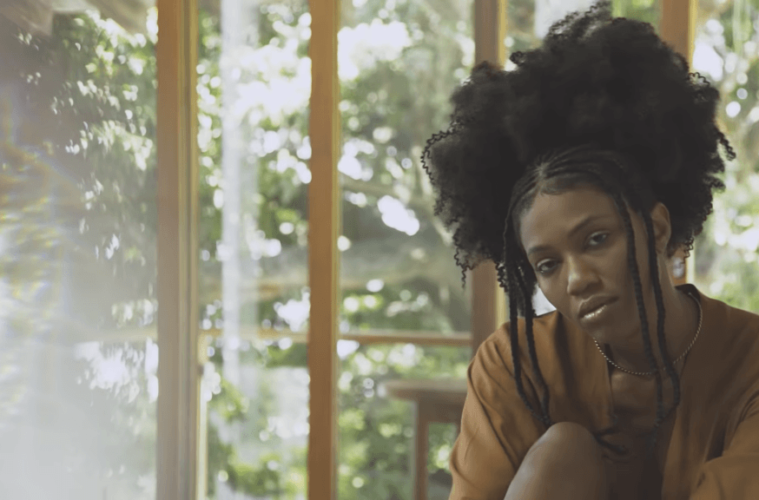 What People Are Actually Listening to in Brazil

Brazilian music is a river as extensive as the Amazon. Its basins intersect and branch out, sparkle in waterfalls, or flow into the sea. Its sources seem inexhaustible. Everything regenerates, everything flows, everything has rhythm. Come and dive in.

This is how typical styles like samba and bossa nova spread to become pillars of their cultural history. From this widening emerged the MPB (an acronym for Brazilian Popular Music), a unique ecosystem that drew from traditional music, combining it with global influences. It all started around 1966, with the surfacing of the second generation of bossa nova. At that time, the feeling of Brazilian folklore merged, above all, with elements of rock and jazz. Today, this musical category is an almost indecipherable network of mixtures.

In the early days of MPB, the voices of Elis Regina, Gal Costa and Maria Bethânia were like spells on the ears. Years later, other names joined: Cássia Eller, Marisa Monte, Ana Carolina. Today that female legacy continues. A clear example of this path is Maria do Céu Whitaker Poças, better known as Céu, a singer-songwriter with a great career, including nominations and awards at the Latin Grammys. Of course, this batch wouldn’t be complete without highlighting the talents of Xenia França, Mallu Magalhães and Luedji Luna.

The case of Luedji Luna is quite special. To begin with, her name, of African origin, means “friendship, river and moon.” Daughter of political activists and musicians, she has maintained a strong connection to music since childhood. At the age of 17, she was already encouraged to compose her songs. At 22, she ventured into the field of popular singing. But it was not until she was 30 that she released her first album: Um Corpo no Mundo (2017). Always in transit between Salvador, her hometown, and São Paulo, she traveled to Kenya to record part of her second album, Bom Mesmo É Estar Debaixo D’água (2020), in a meaningful dialogue of cultural heritage.

Last year, Luedji became one of the many Brazilian artists to perform a Tiny Desk Concert. This isn’t something new. Just as it was gratifying a while ago to see Rodrigo Amarante and Seu Jorge play live on KEXP and NPR Music sets, now the excitement is rekindled as these doors open for new singer-songwriters like Sessa. This solo project, led by Sérgio Sayeg, displays a floral setting full of bossa, psychedelia and cosmic jazz with a spiritual vibe and placid lyrics in the vein of the legendary Caetano Veloso.

“I like to think that this album exists somewhere among the rituals that celebrate life. It’s also about my love for Brazilian music and its many shapes and colors,” Sessa said of his debut album, 2019’s Grandeza. Although this release had international reach through Boiled Records, it’s an album that wouldn’t be out of place in the Luaka Bop catalog. The fact is that David Byrne’s label has already focused on Brazil, especially by rescuing artists from Tropicalismo, a psychedelic movement of the late 60s, such as Os Mutantes and Tom Zé. This New York-based label has also revalued the seventies work of Tim Maia, as well as released the many shapes of the trio The +2’s.

Tagua Tagua is another name that could also be related to this musical team, especially due to its affinity with psychedelia and samba. This solo project led by the producer Felipe Puperi has quite a bit of a space odyssey, with notable electronic additions, but always in communion with analog sounds and tropical rhythms. What began in 2017 with a three-song EP, ended up being consolidated in 2020 with his first album, Inteiro Metade, promoted in pandemic times with an outstanding live audiovisual session of almost 40 minutes.

The present of the MPB is in good health thanks to bands like Gilsons. This trio is made up of José Gil, Francisco Gil and João Gil, respectively the son and grandsons of the great Gilberto Gil. Their songs feed on the roots of samba and regional rhythms such as afoxé, with warm woodsy sounds, soft and embracing melodies, and some hip-hop and electronic pop spices. A transgenerational musical bridge that not only connects them with their beloved Gilberto, but also with key references such as Chico Buarque, Jorge Ben, Novos Bahianos, Os Paralamas do Sucesso and Tribalistas.

The MPB also has its indie side. And that scene is packed with talented young singer-songwriters. Little by little, with small releases that include a live record from 2020, Rodrigo Alarcon from São Paulo was consolidating a colorful and heartfelt songbook. These days, in fact, his long-awaited album Rivo III e a Fé is coming out. Many fell in love with the singing of Mariana Froes precisely while she was collaborating with Rodrigo – they even released the EP Taquetá Vol. 1 together with Ana Muller. Others already knew her from the covers she had posted in 2019. The truth is that, at only 19 years old, Mari is a diamond that already shines on its own, endowed with soft melodies and a velvety voice.

Another artist who stands out for her voice and her presence on stage is Liniker de Barros Ferreira Campos, simply known as Liniker. Owner of an impressive voice, clearly seduced by soul and black music, this gifted singer knew how to make a name for herself by leading the band Liniker e os Caramelows. They disbanded two years ago, but she kept going. Last year, she released her solo debut Indigo Borboleta Anil, including a featuring of the great Milton Nascimento. In addition, she has a profitable career as an actress.

Beyond critical acclaim, today’s popular music in Brazil is mainly urban and comes from the favelas – the marginal areas of the big cities. New popular expressions like carioca funk (also known as favela funk or Brazilian funk) and pagode (a samba derivative of fairly suburban, lower-class origin) emerged there. If we talk about the carioca funk, of course, we have to talk about its queen: Anitta. Born Larissa de Macedo Machado, she came from a favela in Rio de Janeiro and is now one of the biggest pop stars in the country.

On the same popular scale, and also a native of Rio de Janeiro, we find Ludmilla Oliveira da Silva. Known simply as Ludmilla, this singer who started almost as a fan of Beyoncé has now proven to be as effective in carioca funk as in pagode. Many female singers have been shaking up the scene and have all the resources to reap a hit. Eduarda Bittencourt Simões, better known as Duda Beat, is undoubtedly one of them. Originally from Recife, Pernambuco, she shows a stylistic breadth that can range from tecnobrega to piseiro or electronic forró, almost as a way of redefining MPB.

Not all Brazilian female artists are here to move their hips. Or yes, but with full feminist awareness. This is a bit of the message brought by Doralyce, another talent from Pernambuco. Born in Recife, raised between Olinda and Palmares, she started singing at the age of 3. Today she assumes herself as an artist who believes in the strength of her lyrics to bring knowledge to people and transform the social reality of the country. Songs like “Mulheres” and “Miss Beleza Universal” are good proof of her conviction.