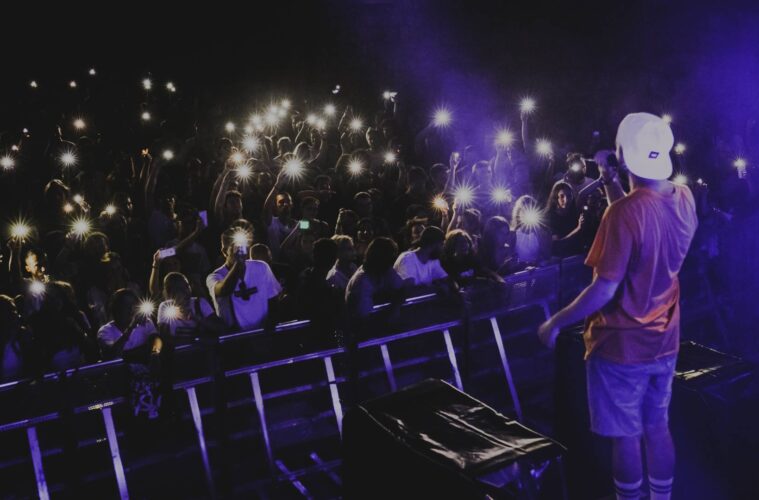 It’s safe to say that for most of us, 2020 has been a year of staying put in our own cities and trying to make the best of the crazy times we are living in. So in lieu of not being able to physically travel, perhaps the best alternative is to travel the world through the music we listen to. With so much amazing music being made all over the world every day it’s hard to know where to start, so we endeavor to make that a little easier for you.

Traveling across the Atlantic brings us to the mighty continent of Europe. World renowned for having some of the best architecture, art, and of course, music, that humanity has ever created during our short time on this planet. The abundance of vastly different cultures and landscapes enveloped in such a small geographic area plays a large role in making Europe so magical and likely explains why so many of the greatest artists in history have flocked here to find their inspiration.

With more musical treasures hidden in every corner of the continent than ever before, what better time than now to discover them. So, here are five of our current favorite Europeans to set you off on your treasure hunt.

Perhaps the most exciting discovery since Cleopatra the pharaoh is this Cleopatra, who makes music that is so full of heart, soul and amazing vibes and sings with such a vocal prowess that she is without a doubt, one of the modern-day rulers of neo-soul. The London native established her place on the scene thanks to many fruitful collaborations with renowned London producer, Inflo, when they started working together under the alias Sault. After a series of killer singles came her first solo EP, Winter Songs, in 2018, followed by her aptly-named debut solo album in 2020, Rose in the Dark – a shimmering gem amidst the endless void of average-at-best music infiltrating the mainstream today. But something particularly enchanting about Cleo’s music are her lyrics, where she has mastered writing incredibly pure and honest texts that are inspiring, uplifting and highly relatable to us all.

French touch is certainly one of our favorite ways to be touched and Paris’s own Fhin is no exception. Part of a new wave of French producers redefining the genre, we first caught wind of the young artist in 2016 for his collaboration with the popular French producer, Zimmer, on his track “Lost Your Mind.” Since then, Fhin has released a string of singles and EPs – all with his romantic and hypnotic touch – including his debut album that dropped this summer, Trauma. Conceived and recorded in its entirety at his grandmother’s house, Trauma includes Fhin’s most personal songs to date, offering a reflection of his history and universe in such a touching and emotive way that it could be compared with the likes of a motion picture score.

Born in the Iranian capital of Tehran and immigrating to Rotterdam, Netherlands at age five, Sevda Alizadeh aka Sevdaliza is an artist-provocateur in the truest form. Using all available avenues of artistic expression to convey her deepest thoughts, she creates hauntingly accurate music videos, album art and aesthetics to perfectly compliment her soundscapes. Take Sevdaliza’s latest album, Shabrang, for example, showing her with a black eye to represent her journey of reconnecting with herself and coming out the other side from years of physical and emotional turbulence. An entirely self-taught vocalist, her music is as fascinating and mysterious as it is dark and hypnotic, exploring thought-provoking topics including emotional extremes, societal expectations and the male gaze, underscored by minimal breakbeats, string orchestration and gothic synths.

Known for his extraordinary abilities with pretty much every instrument known to man, Muito Kaballa made his musical debut “guerilla sound bombing” his way through the streets of Cologne, Germany, with his customized cart encasing all of his beloved instruments and looping station. With his “killer Afro-Grooves” he caught the attention of Switchstance Recordings while performing at a local Christmas market and soon after released his debut album, Everything Is Broke, which has as much personality as Muito himself. With hints of African highlife legends Ebo Taylor and Fela Kuti, Muito’s album serves up an Afrobeat inspired feast with a sprinkle of funk and a side jazz – all while playing and looping all the instruments himself.

Missing that Italian vacation this year? Perhaps the next best thing to actually being in Italy is listening to the Brescia-born sensation, Francesco Servidei aka Frah Quintale’s energetic and clever mix of indie rap and R&B. Starting his musical journey as half of the hip-hop duo Fratelli Quintale, together they released six studio albums and became known as one of the most impressive independent groups in Italy. Upon going solo, Francesco quickly made a name for himself, with Vice describing his music as defining the era of street pop in Italy. His latest album released this past summer, Banzai, sounds like everything we wish 2020 could have been – dreamy, irresistible, and beautiful – not to mention a great way to brush up on your Italian.