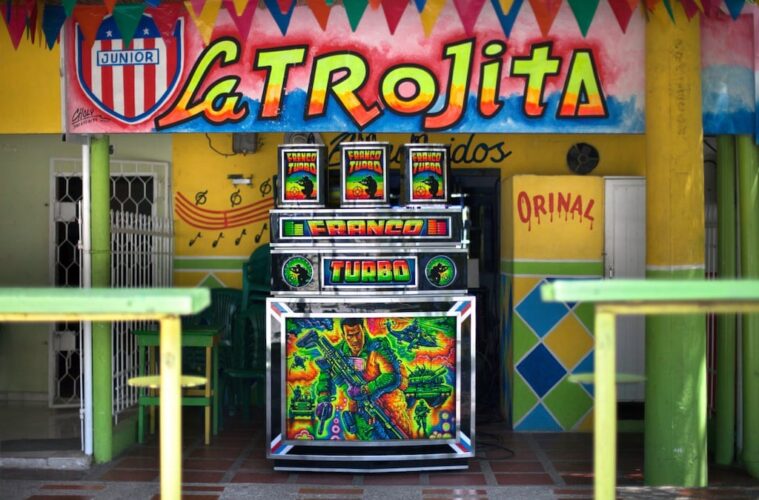 by Ariel Tagar for The Guardian

The Sights and Sounds of Colombia’s Vibrant Picó Culture

Colombia’s coastal cities are famous for their vibrant aesthetics, rich musical treasures and multicultural populations, being home to the most Afro-Colombians in the country. Although the region has a complex colonial and racial past – whether black or white, rich or poor – one thing that everyone seems to share is their love of loud music, colorful paintings, and communal dance floors. These shared values gave birth to what has become one of Colombia’s most important and longstanding creative traditions – Cultura Picótera or Colombian Picó culture.

These massive and meticulously painted sound systems dispersed in many coastal localities are not only a sign of a banging party but represent an integral part of Costeño culture and an important ode to the country’s rich African and Caribbean heritage.

These spectacular speaker systems, known as picós, began to emerge in the 1950s – thanks to the arrival of record players at the same time – in the predominantly Afro-Caribbean communities on Colombia’s North East coast. Soon, Afro-Colombians began creating makeshift sound systems for backyard parties, connecting turntables to small speakers that were suspended in trees to help amplify the sound. As technology improved over time, the systems became more powerful and the picó sound systems Colombians have come to know and love, came to life. It was said that some systems were so powerful that they could break water jugs, blast open roofs and give you a toothache. 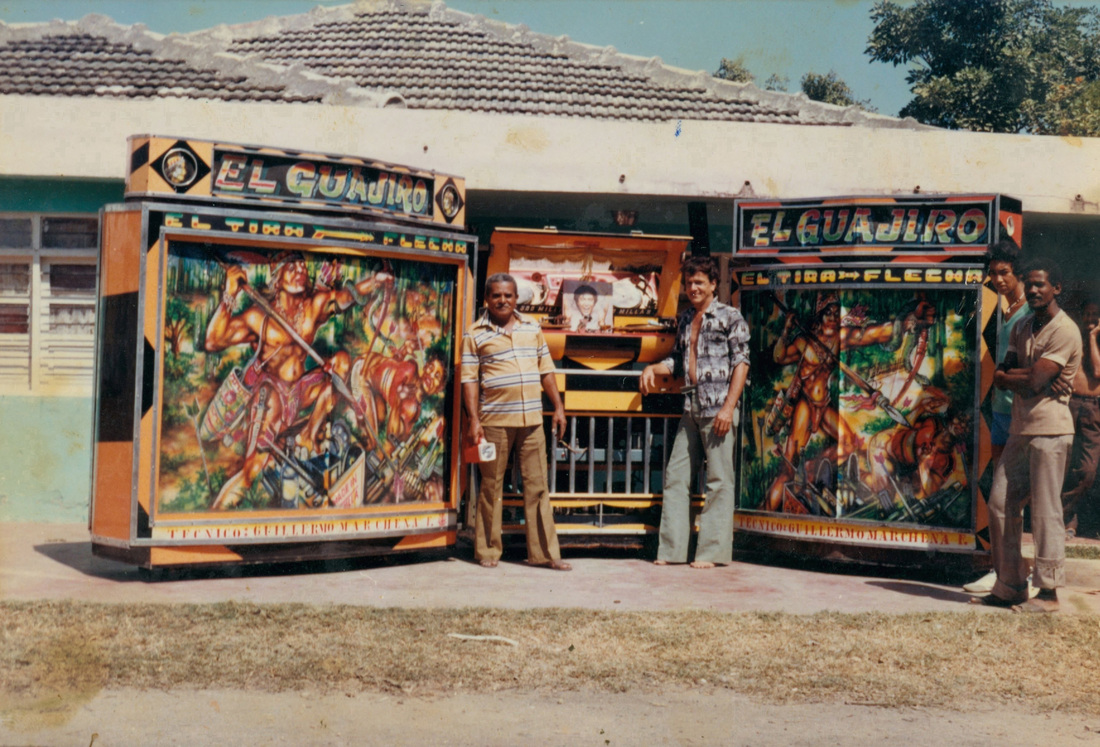 Picós quickly became popular as they provided an inexpensive form of entertainment for locals and exposed them to music they would otherwise not get the opportunity to hear, as access to radio and live concerts was limited. The musical genres of choice were African favorites such as Congolese Rhumba, Afropop, Zouk and Soukous. This in turn created such a strong demand for African records that in the 1970’s, French sailors started bringing crates of vinyl over from Africa to sell to picó owners, offering a world of never before heard rhythms – many of which are still played today. Among those to become Colombian favorites included The Congo’s Pépé Kallé, Nigeria’s Fela Kuti, and Ivory Coast’s Ernesto Djédjé. 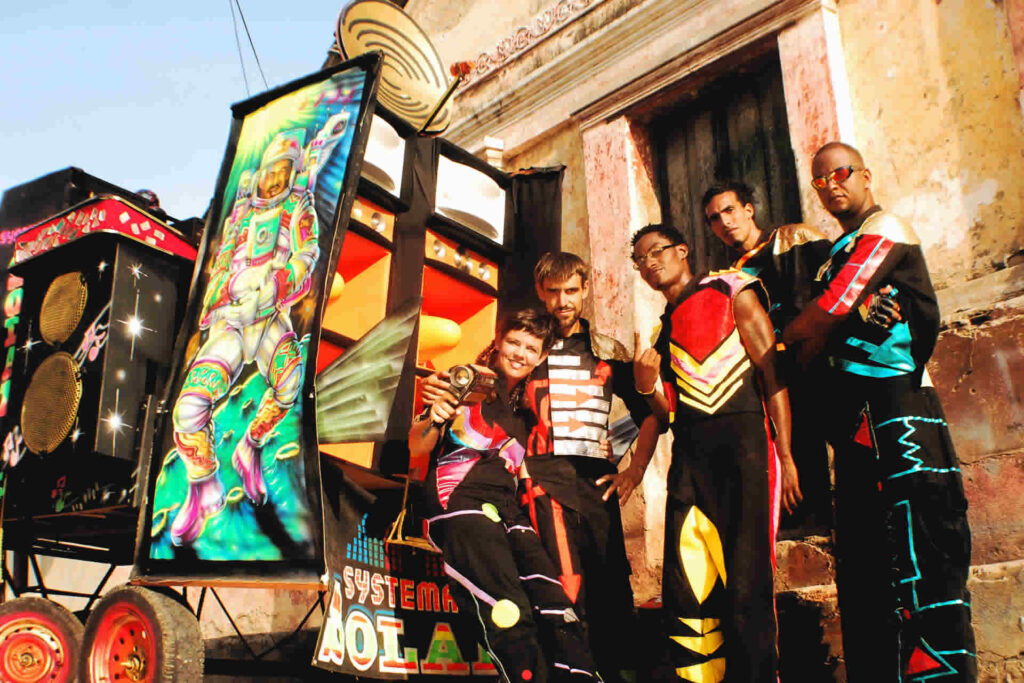 In Costal Colombia, where white, indigenous and Afro-Colombians have lived together for centuries in a highly segregated way, this new cultural phenomena acted as a powerful denominator that bridged these cultures. The communal nature of the picós – playing primarily outside in various neighborhood parties – meant that a common meeting ground was established, allowing white, indigenous and Afro-Colombians to mix freely and discuss social and political struggles. They were able to connect with an important part of Afro-Colombian culture through music while also tying in art, dance and community. Because of this, a common expression often proclaimed at picó parties is “music makes friends.”

The vivid paintings are as important to the picós as the musical and communal aspects. With each towering speaker system adorned with custom fluorescent hand-painted artwork, bold artistic expression became their defining characteristic, using dragons, musicians, soldiers and otherworldly figures to capture and convey the community’s passion and love for music, with their creators, or picoteros, giving them an equally creative name to match. With a little competitive spirit, these powerful designs also served to outshine picós from other neighborhoods, indicating their superiority and inspiring the picós clever name – giving them each their own unique personality.

It wasn’t long before this sensation caught the attention of other Colombian artists, who found great inspiration in the picó culture. A number of prominent Colombian musicians such as Wganda Kenya and Estrellas Del Caribe, discovered Fela Kuti through attending picó parties, resulting in numerous cover versions of his songs being recorded, making Colombia the first country outside of Africa to record Afrobeat music. One of Colombia’s most beloved musical groups, Systema Solar, captured the energetic aesthetic and community vibes of the picó culture in their music video “Bienvenidos,” showing one of the intricately painted sound systems being pulled down the street, luring young, old, black and white Colombians alike from their houses to experience the music, leaving a dance party in its wake.

Bogota-based Galletas Calientes Records was so inspired by the eye-popping Latin symbolism inherent in the picó painting style that they engaged one of the most celebrated picó painters in Colombia, William Gutiérrez Peñaloza, to handcraft the album art for the labels’ AfroColombia Remix Vol 1 & Vol 2 series.

In Colombia, picós have experienced a renaissance, with many picoteros restoring their old systems to celebrate the golden age of Cultura Picótera, as well as to perpetuate the tradition. To get a deeper glimpse into the fascinating picó world, look no further than one of the foremost experts in Cultura Picótera, Fabian Altahona Romero, who has been documenting picós on his blog, AfriColombia, since 2005. Here, Romero shares detailed photos and intimate stories of picós and their owners in such an exceptional way that he has played a large role in drawing global attention to the fascinating subculture. “I just loved everything about picó culture — the environment, getting to know the community, bringing the barrio together. And what always drew my attention were the paintings — those paintings that decorate the picós and give each one its life. I’d see them and I’d think I was looking at Superman or something like that. It’s something that is made completely by hand — and it’s ours.” 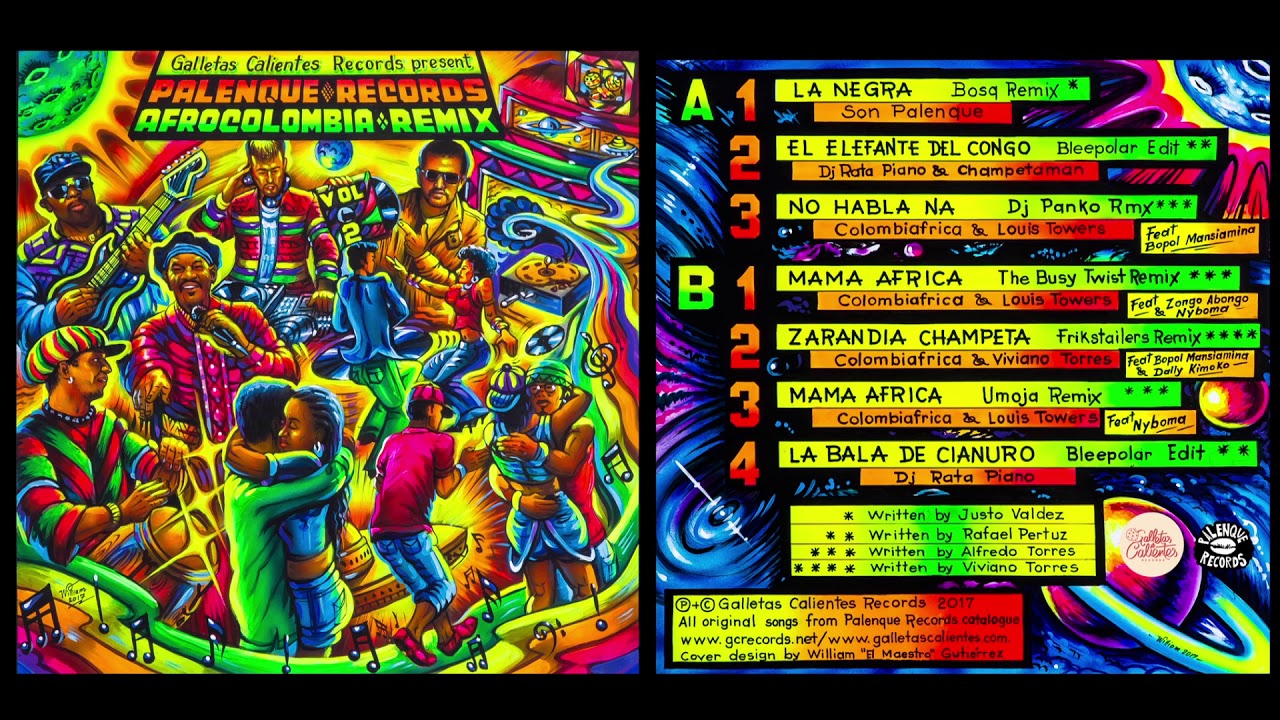 Skim through this amazing gallery of picos at The Guardian.