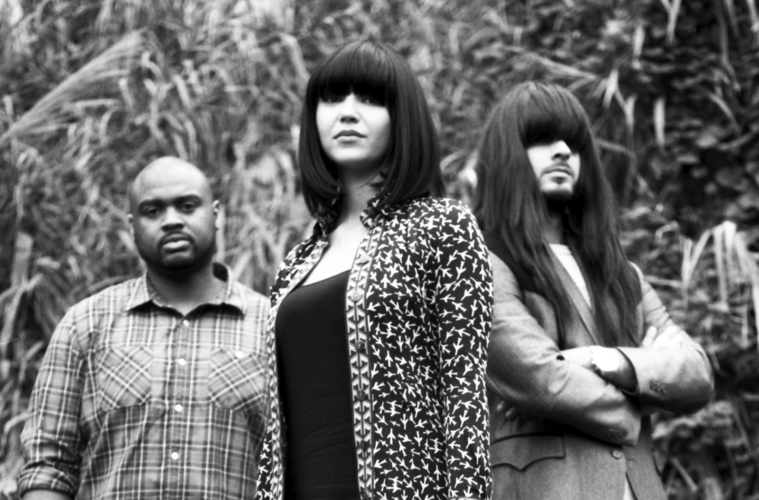 Something definitely happens when Khruangbin’s range of influences unfolds. So it shouldn’t be crazy to wonder how many similar artists there are. It’s not so much about listing the genres and musical styles that this band takes on, but rather looking for the mixing formulas and the kind of originality that they achieve.

There are some contemporary artists that can be related to the Houston trio, such as Leon Bridges – they were his opening act in 2018, and then teamed up with him for the collaborative EP Texas Sun. There’s also Maribou State, a British electro duo who invited the band to feature on the song “Feel Good”. But here we wanted to dig a little more into Khruangbin’s algorithm and track down 5 names that might still surprise you.

It wouldn’t be fair to say that Skinshape is a band, even if it sounds like one. Because it’s the studio project of British musician and producer Will Dorey, as a result of his immense love for old music and the way it sounded. It’s a marvelous retro universe, between the 60s and 70s, with elements of soul, funk, folk, reggae and psychedelic rock. An instrumental song like “Mandala” invites you to fantasize: will he ever collaborate with Khruangbin?

Chicano Batman loves to stay in the 70s, still soaked in psychedelic fluxes. They love to explore vintage sounds and different grooves, whether it comes from funk or cumbia. They also love to sing. Not surprisingly, this Californian quartet is devoted to the great melodists of soul (Marvin Gaye, James Brown) and bolero (Los Pasteles Verdes, Los Temerarios). Between 2010 and 2020, they’ve released four albums and have played everywhere.

How not to notice this all-female band! Los Bitchos is a psychedelic cumbia instrumental combo, founded in London by two Uruguayans and an Australian – on guitars and keytar –, later joined by a Swedish bassist and an English drummer. Inspired by Amazonian cumbia classics from the 70s such as Los Mirlos, this captivating quintet makes you dance straight away. They’ve already performed live for BBC Radio 6 and KEXP.

It’s no secret that this Dutch band was linked to Khruangbin from the beginning. Just listen to their debut album, The Rabbit That Hunts Tigers (2019), to spot the resemblance. They combine psychedelic vibes and disco grooves with the traditional tones and tunings of Southeast Asia. A really cool rhythm section, snaking guitar melodies, trippy synth filters, and some bongo percussion – YĪN YĪN’s mission is none other than hypnotizing.

Few instrumental cocktails taste as good as the one served by Ikebe Shakedown. This Brooklyn septet – which includes a horn section – has already released three albums and defines itself as “cinematic soul”. Of course, there are more elements: from deep disco to boogaloo, from Afrobeat to Western soundtracks. Their powerful and tight groove is improved and enjoyed especially in their live performances. But any virtual advance is exciting.