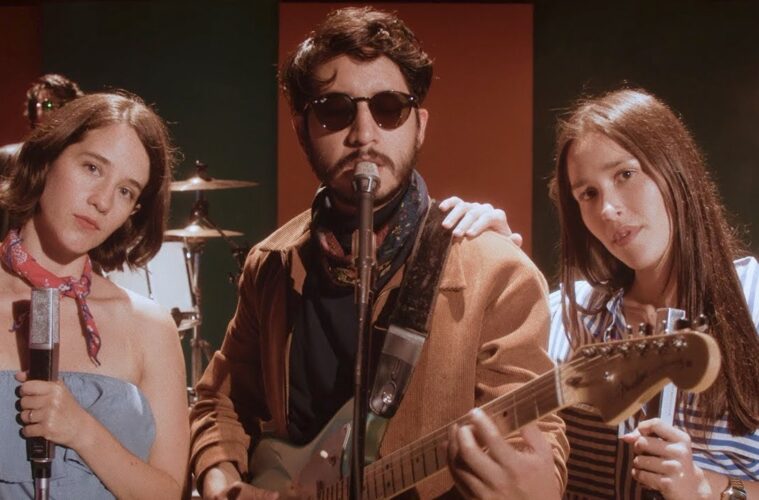 If we talk about the rebirth of the Latin alternative rock culture, we assume that its birth happened some time ago. And so it was: this movement called “alterlatino” broke out in the early 90s, with the help of bands such as Los Fabulosos Cadillacs, Maldita Vecindad, Los Tres, Café Tacuba, Aterciopelados, Babasónicos, Molotov, Kinky and Illya Kuryaki and The Valderramas. These names came out with a colorful musical mix that combined elements of rock with reggae, ska, funk, hip hop, bolero, and many other Latin rhythms.

The rise of this movement coincided with MTV’s approach to the region. This Latin American version of the famous TV station unified the music scene from the north to the south. During the 2000s, commercial music prevailed, and rock returned to the underground. Little by little, bands that would end up being pivotal in the coming years began to stand out: Zoé and Enjambre (from Mexico), Los Bunkers (from Chile), and El Mató A Un Policía Motorizado and Banda de Turistas (from Argentina).

Today there’s a wide range of offerings in the Latin alternative rock scene. Some bands exalt the pop sophistication of the new wave, while others venture into more euphoric universes, both sonically and lyrically. Others play at stripping or overloading their instrumentation, while some simply choose to intensify electric distortion to enhance their rocking melodies.

From Mexico to Argentina, there are multiple similarities in bands like Technicolor Fabrics, Bandalos Chinos, El Zar and 1915. Of course, they all dedicate themselves to making pop songs with rock instruments, falling in love with synthesizer sounds, and of moving the guitar away from solos to bring the music closer to danceable beats.

1915 is one of the most promising bands in Argentine pop-rock, with an under-21 line-up and lyrics that restore a certain social message. El Zar is a talented duo, who are also a part of Bandalos Chinos. Both bands are buddies in Buenos Aires.

Some of the most mind-blowing songs of new Latin alternative rock unfold as doors to other dimensions, like sonic trips to hallucinate. Not surprisingly, one of these songs is called “Paseo Sideral” and it’s signed by a Mexican band called Costera. This trio caught the attention of León Larregui, who didn’t hesitate to sign them for his Panoram label, inviting them to open at concerts for his band Zoé. They also opened for their peers in Reyno, and released other high-flying songs like “Me Quitas el Aire” and “Damos Vueltas.”

With experience, Porter manages to make us levitate in each of their songs. Originally from Guadalajara, this quartet had its great comeback in 2014, with the album Moctezuma. The album narrates the conquest of Mexico in an almost chronological way. Their next record, Las Batallas (2019), included their most successful single: “Pájaros.”

It’s said that in some mountainous areas of Argentina, close encounters of the third kind can occur. Perhaps it’s in the peaks of Cordoba, where the inspired band Telescopios comes from. Or in the high heights of Mendoza, where Usted Señalemelo comes from. We’re hoping all of them invite us to their intergalactic party.

Everything For the Song: Little Jesus, Diamante Eléctrico

Capable of going from a furious rock-anthem like “Todo Va a Arder” to a minimal ballad like “A Veces“, understanding these extremes is the best way to describe Colombian band, Diamante Eléctrico. Their best formula is the midway point of catchy grooves, like the ones that pop up in “Rotos.”

Versatility is what has always characterized Little Jesus, a Mexican rock band that has grown the most in the last decade. This quintet can range from the fast-paced pulse of indie rock (“La Magia,” “Los Años Maravillosos”) to perfect pop gems (“Disco de Oro,” “Fuera de Lugar”). They can also go from less to more – or low to high – in the same song, as in “Gracias por Nada” and “TQM.”

This brood of bands really seems to recreate the alternative spirit of the 90s. They don’t hesitate to turn up the volume and they don’t try too hard to come up with catchy tunes. This is what El Shirota and Los Blenders, two noisy suburban bands on the outskirts of Mexico City, usually do.

Indie rock bands continue to grow on the streets of Buenos Aires. Many times they receive help or encouragement from another more long-lived and successful band. This is what El Mató A Un Policía Motorizado did with Bestia Bebé and Las Ligas Menores. Both bands were their opening act. Frontman Santiago Motorizado also collaborated with Bestia Bebé and performed a Las Ligas Menores song. This is how an indie brotherhood is born.