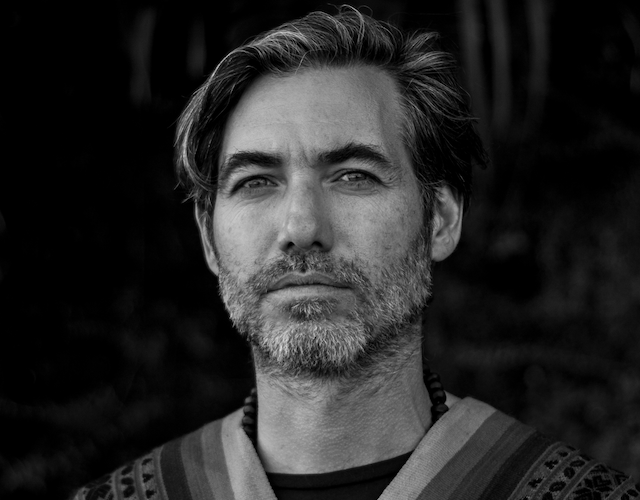 Tigre Radar: Awake the Sense’s With Spiritual Sounds by Uji

Uji embodies spiritual and cultural awakening. A solo project by former Lulacruza member Luis Maurette, Uji is the ultimate manifestation of the musician’s journey inward, a process that over the years has involved expansive travel, scholarship, and an ultimate return to his roots. The Argentinian-born artist spent his youth moving from one South American city to the next, living in cities in Chile, Ecuador, Mexico and Argentina and experimenting with the diversity of their histories and landscapes.

“When you live in different places you see different smells, colors, and tastes and ways of being; different accents,” he says. “Intrinsically, I’ve always had that kind of cultural thread in me.”

That richness prompted Maurette to embark on a course of study that would allow him to excavate memory and place in a manner that feels deeply personal and authentic. While studying music at Berkeley in California, Maurette “realized his own heritage,” and decided to dig further into that exploration. His practice evolved into an ethnomusicological journey into the indigenous and folkloric sounds of South America.

“I traveled through South America participating in rituals, learning instruments, filming, meeting different drummers and players throughout Brazil, Peru, Argentina and Uruguay and realized that those rhythms and sounds were traveling in my blood,” he says.

Reimagining the sounds that were emblazoned on his spirit, Maurette’s Lulacruza emerged as a pioneering South American band fusing indigenous rhythms with electronic beats. Soothing, organic, energizing and entirely new, the band’s sound took off both in his home continent and beyond. When the band disbanded in 2016 after a 12-year run, Maurette realized he was nowhere near finished making music. “There was still a lot I had to say and I really feel like the scene we helped create has a mission,” he says. “I wanted to keep making music and be part of it, so Uji was born.”

With his debut album Alborada receiving widespread critical praise for its creativity and careful glance of the communities that make up the fabric of his work, Uji’s forthcoming album, Marimbas del Guapi, takes a similar approach. Collaborating with Colombian musicians Los Hermanos Torres, who descend from a dynasty of marimba musicians from the Pacific coast of Colombia, Uji lends their work “a modern aesthetic, without it losing its own language,” he says.

As a pioneer in this space, I asked Uji whether he’s concerned that folkloric music is being colonized by American or European producers seeking to capitalize on its popularity without truly honoring its roots.

“We live in a very globalized world so it’s difficult for that not to happen anymore. Where we need to be careful is when we are exploiting another,” he says. “It’s about remembering that some of us enjoy more privilege versus less privilege, more so than the idea that music and culture can’t mix together.”