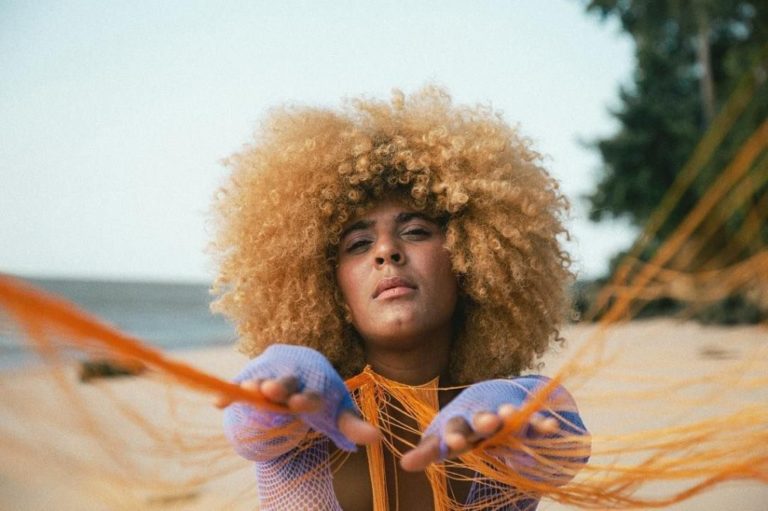 There are few countries in the world that boast a collection of music as impressive as Brazil. For over 75 years, the country has conceived some of the greatest musicians of our time – from João Gilberto to Clara Nunes – showing a different side of the rich Brazilian culture each time.

Although new genres are constantly emerging, heavy foreign influences from North America and Europe make it difficult for many artists to create music that is their own; that is truly Brazilian. But despite this, there are some stellar examples of contemporary Brazilian musicians staying true to their roots and creating space for real Brazilian music in the mainstream.

From the country’s mountainous peaks to its breezy coastlines, here are 10 of the freshest authentic Brazilian artists you need to hear.

If you want to understand contemporary Brazilian music, Baile Funk is the place to start. Born in the heart of Brazil’s Favelas, the genre is defined by booty-shaking dance beats that are inspired by daily life in the slums. Through his collective, Heavy Baile, Leo Justi has given the genre a makeover by fusing it with electronic influences such as Drum ‘n’ Bass and Ghettotech, catching the attention of DJs and musicians around the world, including Daft Punk and MIA.

Affectionately called Rosinha in their home state of Minas Gerais, these four talented musicians only came together to form Rosa Neon two years ago. With the help of famed Brazilian producer, BAKA, they released their first single ‘‘Fala Lá Pra Ela” in November 2018, followed shortly by their debut self-titled album in September 2019. With a colorful tropical pop sound and equally stimulating visual aesthetic, you are in for a treat with Rosa Neon.

It’s not possible to have a conversation about Brazilian Rap music without mentioning Drik Barbosa. Born in São Paulo, Drik (pronounced Drika) has been writing lyrics since she was 14 years old and has developed a style uniquely her own showing Brazil the power, capability and tenacity of female rappers. Her lyrical finesse and passionate take on music has resulted in multiple successful collaborations with other Brazilian artists including Gloria Groove and Karol Conká.

A household name in Brazil’s LGBTQ+ scene, Jaime Melo Maciel Júnior aka Jaloo creates vibrant tecno-brega pop music to connect with and express his identity. Living in a country where discrimination against the LGBTQ+ community is still prevalent, Jaloo has become a pillar of strength and perseverance, inspiring Brazilian LGBTQ+ youth to live without fear.  “I’m always getting messages from girls and boys about how my music helps them go through things related to their gender and sexuality, and how it makes them braver.”

Born in Salvador, in Brazil’s North East, Luedji Luna is not only one of the smoothest voices in Brazilian music today, but she is doing some amazing things to empower other Afro-Brazilian artists across the country. Her music examines colonial histories and issues of personal identity within this context, helping to create a narrative for the Afro-Brazilian experience. Luedji is also involved in multiple organizations that help to elevate and create space for art made by Afro-Brazilian artists.

With his second album Átimo released in April of this year, Ian Lasserre has received critical acclaim yet again for his modern sound that draws from traditional Brazilian music. Featuring other up-and-coming Brazilian artists such as François Muleka and Flávio Tris, the album is a sumptuous ode to Samba de Roda and Baião music and lyrically inspires listeners to explore the bigger meaning of life.

Hailing from Juazeiro, the same city as the father of Bossa Nova, João Gilberto, Josyara Lélis follows suit with her guitar in hand and a voice capable of serenading anyone at any moment. Her music incorporates many styles from Brazilian Folklore to Electro, showcasing her appetite for experimenting with different sounds.  Through her powerful vocals and rhythmic guitar, Josyara’s music reflects on the social, sexual, and political climates surrounding her.

With Brazilian soul music characterized by rich melodies and heart-warming lyrics, it comes as no surprise that this musical trio is comprised of the son and grandsons of Brazilian music legend, Gilberto Gil. “Music is something that comes to life on its own. It is born and grows through the feelings it awakens in people,” which is exactly what their music does.

Embark on a magical journey to the future with Bahiana System’s unique sound blending rhythms of Samba, Salsa, Pagode and Axé, with contemporary beats of Dub, Reggae, and Electro. Identifying more as a musical project than just a band, the group explores new possibilities through the delicious sounds of Guitarra Baiana underlined with crisp electronic beats. “We began with the idea to do something directly connected to the Bahian guitar, inserting it inside another universe.”

Considered one of the most influential names in Rap today and an inspiration to lower income communities, Djonga has taken the Brazilian music scene by storm with his razor-sharp beats and penetrating lyrics. Growing up in the destitute neighborhood of São Lucas in Belo Horizonte, the Samba and Funk that defined his childhood is apparent in the smooth instrumentation of his music, along with his socially charged lyrics challenging the status quo.

Want to learn about the OG Brazilian acts to know? Check it out.