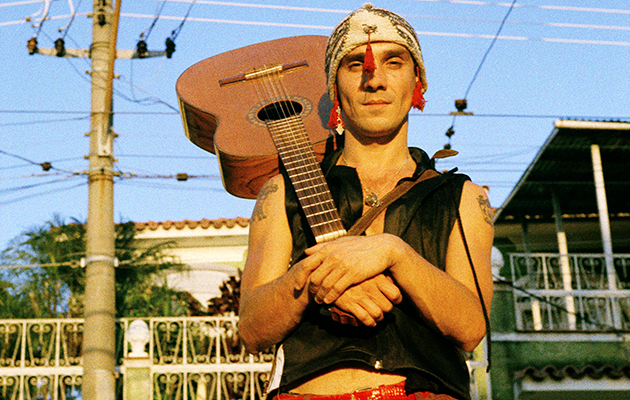 5 Artists to Check Out if You Like Manu Chao

We all have a handful of favorite artists whose music is always a great idea, perfect for pretty much any mood or occasion. For us, Manu Chao will always be one of those. His blend of reggae, rock, ska, and pop; his multi-lingual lyrics; and his effortless cool makes his music relatable and likable across the world. For those of you who love him like we do and are in search of a sound that gives you that same level of chill, here are a few acts to put on your radar:

Though no longer active, Mano Negra needs to be on the list no matter what. Fronted by Manu Chao himself, the group was founded in Paris by Chao, his brother Antoine and their cousin Santiago, all born of Spanish parents with partly Cuban roots. For nearly 10 years they graced the world with their unique sound, and it’s a great place to start when wanting to better understand Manu Chao’s progression.

This Argentine ska band has been gracing the world with their global sound for almost 30 years. Hailing from Buenos Aires, it’s hard not to include Los Fabulosos Cadillacs on our list of most influential Latin bands. The band’s sound is a mix of rock, ska, jazz, folk, reggae, funk and big band, and have carved powerful persona through politically-fueled lyrics.

Amadou & Mariam are a musical duo from Mali, composed of the Bamako-born couple Amadou Bagayoko and Mariam Doumbia. Because Manu Chao’s own sound is so remarkably global, and takes plenty of inspiration from Afrobeat and Afro-Funk, this powerful couple finds themselves on plenty of Manu Chao radio compilations and playlists. Give them a listen and you’ll understand why.

It’s hard to listen to Manu Chao’s music and not feel a sense of nostalgia fueled by a vintage sound. Which is why bands like The Skatalites, whose career took place in the 1960s and then again in the 1980s, make our list of relevant jams. The Jamaican ska band, like Chao, has broken plenty of cultural barriers, working with acts like Prince to amplify a global sound.

You might be wondering why this Ecuadorian producer has made his way onto this list and we’ll tell you why. Artists like Cruz are the result of artists like Manu Chao paving the way in the global music scene and popularizing multiple sounds for Anglo audiences otherwise unaware of the diversity and creativity happening within the world music categories. Nicola Cruz‘s tropical sounds bridge many gaps between cultures and countries, as does Manu Chao’s.