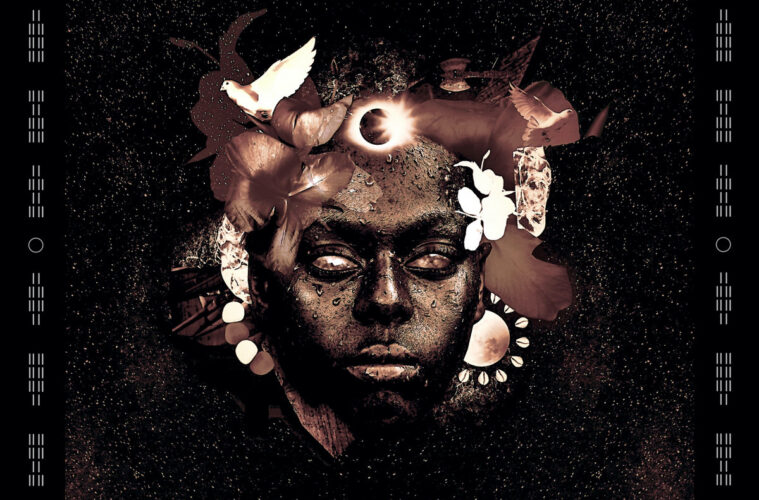 Imagine a different type of electronic music. One that skipped over disco’s 4×4 and instead replaced it by the cuban 3/2 clave as the pulsating heart of its beats. The result would be a new stem of electronic music’s DNA coming entirely from Latin America via Cuba. That is a big part of the statement of El Olimpo de los Orishas Remixes, a new album by Afrosideral, which is a continuation of his work to create music that is a hybrid between new electronics and the musical legacy of the Yoruban people in Latin America. 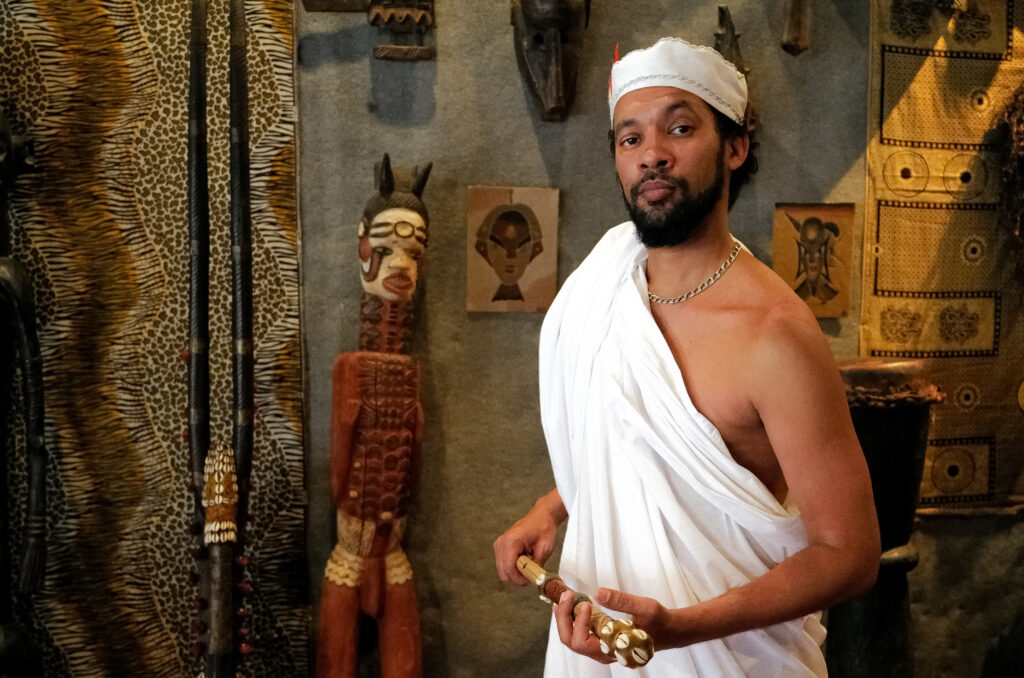 Photo courtesy of the artist, By @cruzdelcueto .

To talk about this album I would like to stop over the label that is releasing it, Wonderwheel Recordings. This is the label run by Nickodemus’ musical vision, a globetrotter Dj that during the past two decades has proved to be genuinely passionate and reciprocal about the music coming from different corners of the world.

A few years ago, when the initial surprise of global bass started to wear off, Wonderwheel became a label that allowed a handful of very well selected artists from that scene to move away from dance floor or bootleg-only tracks and give them a place to release sweeter and more melody focused music. It gave these artists the opportunity to reach audiences outside their niches and position the label as a global music powerhouse. Thus earning a space in people’s mind that before was probably occupied by labels like ZZK, Brownswood Records, Man Recordings.

About that same time, which would be around 2015 (when Chancha Via Circuito’s Amansara Remixed album came out), people in Cuba started to experience greater internet access. This opened a window into the country that made a lot of the people from the global music scene turn their eyes to it. In many ways this community of music lovers felt a thrill about finding out what would emerge from the digitalization of music in Cuba. This sentiment was captured by projects like MANANA Festival, the HAPE Fiesta at Jardines de la Tropicana and the creation of Guampara label by Dj Jigüe.

That was a time when a lot of the artists of the global bass scene were leaving behind their free for all approach to music production so they could focus on specific musical lines like reggaeton, folktronica or analog cumbia. However, Cuba’s alternative electronic musicians were experiencing a very tropicalista phase that made them eager to devour all of the world’s influences and turn them into something uniquely cuban.

Afrosideral‘s El Olimpo de los Orishas (the original unremixed album) – expresses a lot of the energy of that time. That album grabs the hip hop energy from the thriving cuban scene that existed pre-public wifi era and injects it to the global bass template with a no limits approach of all things afrolatin. That first album is a mix of things as broad as Brazilian olodum rhythms, African tribal sounds reconfigured in the style of Clap Clap!, reggae dub that sometimes suggests a subconscious cumbia crossover, and even some halftime rhythms which make a subtle reference to Mala’s In Cuba album.

Now in 2020, Afrosiderals efervescent music settles in a very special manner in the new remixed version of the El Olimpo de Los Orishas.

This is an album that, while having an inescapable Latin–vibrant, noisy, percussive–sound, it has enough techno dance floor elegance to give it the credentials to be featured on a site like Resident Advisor next to Gaffaci’s newest release. The album features several of the iconic names of the Cuban Dj scene, including Dj Jigüe, Leonardo de Cuba, BJDC and Whichy de Vedado, all joined by NYC’s Chris Anibel, aka Afrokinetic. This is also part of the statement of the album, not only promoting a new Cuban sound, but the crew of artists around it.

Dj Jigüe is in charge of the opening turn, honoring his role as a longstanding promoter of a new electronic Cuban sound. “Eshu Odara” Remix is a house track where the Yoruba chants and percussions intertwine with a mellow rave-like vibe that comes from a synth pad that reminds me of Dirty Vegas’ “Days Go By”. This song has just the right amount of variations in the kick drum to keep the track dynamic without making the energy fluctuate too much. It’s a nice track for welcoming you to the party.

Leonardo de Cuba’s remix of “Ode Ni Iré” is the best example in the album of that type of electronic music that replaced disco’s 4×4 for the cuban 3/2 clave. Here the use of percussions and chants is more aggressive. “A Mi Me Llamó El Tambor”, & “Si Agua No Cae, Maíz No Crece” are two new tracks by Afrosideral that have a clear kuduro influence, which intertwine really smooth with the other afrocuban percussions on the songs. Additionally, “Si Agua No Cae, Maíz No Crece” is particularly special. In two parts of the song the beat breaks down into a 6/8 rhythm that feels very organic, referencing traditional african music. After these breaks, the 4×4 beat jumps back on the track without taking away the 6/8 groove. It’s uncommon to see producers work with 6/8 rhythms in electronic music and I think this is the best example I have ever seen of it. Both rhythms are in perfect symbiosis.

“Mo Wi Iré”, also a new Afrosideral original, is a bit different. It has a bit of the broken kuduro influence but the beat comes through more straightforwardly. However, what makes its  special is a very characteristic sax that has a strong Fela Kuti vibe. “Filho de Mar” is remixed by BJDC. Here the biggest influence comes from kuduro, but unlike Afrosideral’s tracks, the reference is more obvious and the beat is way harder. It is an example of how much new artists in Cuba are being influenced by new African sounds. “Oggun Onile Remix” by Chris Annibel has a different approach from the rest of the album. Instead of trying to give electronic music an Afro-Cuban feel to it, he tries to give an NYC-fueled, almost electronic DFA Records feel to the Afro-Cuban sound.

The final remix of the album is “Librame de Arayé” by Wichy de Vedado. This is the only track that doesn’t go for the uptempo beat. It has a 96 bpm dembow rhythm that resembles the sound of artists like Thornato and the newer & darker side of Dengue Dengue Dengue!. All in all, this lineup of creative minds makes me imagine that whenever Boiler Room does its first stream from Cuba, it could present this exact same crew together as a forceful collective.